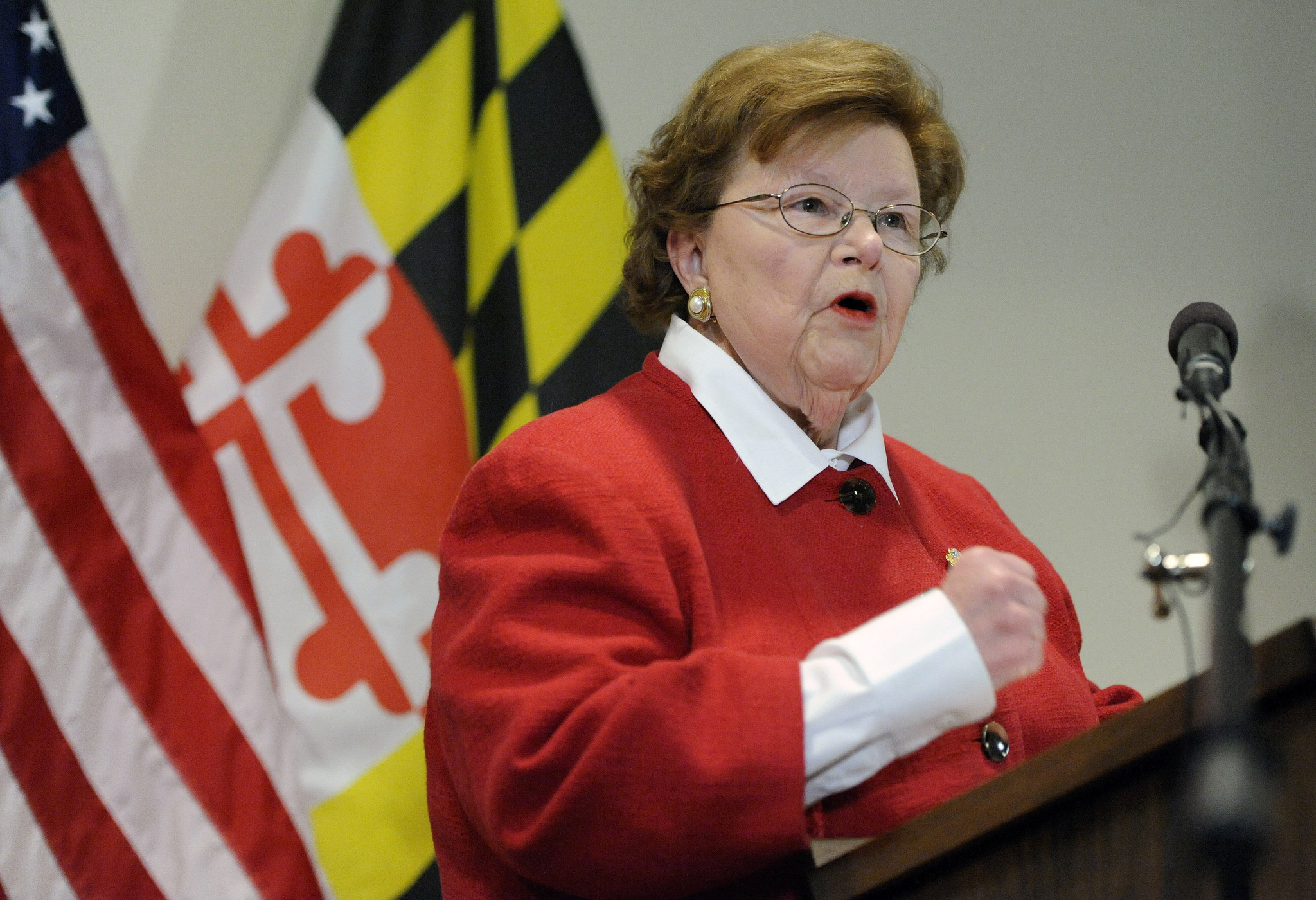 When a heavy hitter like Barbara Mikulski goes after you, it matters a lot:

“You know he’s been an Independent, we welcomed him, but now that he’s finally gotten around to becoming a member of the Democratic Party, you sign up for the rules and we want Bernie to go by the rules that he’s signed up for,” Sen. Barbara Mikulski (D-MD) told The Daily Beast. “That is up to him, to get his supporters to calm down. Bernie has to be in charge of what he, himself has unleashed.”

Bernie Sanders thinks the "rules" don't apply to his candidacy, and that's why we're still talking about him and writing things on the internet that deal with his inability to recognize the damage that he's doing to the Democratic Party. Mikulski is no mere proxy in this fight--she is leaving the Senate as one of the most powerful female members in history and she has a lot of influence over how the Senate minority caucus could punish Sanders in the future. Or not. They need his vote but they don't need the divisiveness that comes with his new movement.

There is virtually no chance he can be ousted from his Senate seat and there is also very little chance that the destructive, vindictive campaign he leads is going to bring anything other than a result that will see him supported by an infrastructure that wants nothing to do with the Democratic Party.

The Sanders team knows that real Democrats are falling away and will continue to leave to support Hillary Clinton this fall. There are plenty of disaffected people who will continue to provide financial support for his marginal campaign. These people will constitute a small third party in America that never had any intention of voting for either of the two major parties. It will become a home for people who believe themselves to be smarter and more valuable than everything else and they will come dangerously close to throwing the Electoral College to the Republicans.

There's a cottage industry that sits to the left of whoever is President, be they Democrat or Republican. They hate the system, they want to blow it up, but there are too many rubes in this country for their plans to work so they just sit there, like a self-licking ice cream cone, and they're too pure to consider forming an alliance with anyone. Good luck reasoning with them--you're corrupt in their eyes for even trying to find a way that works.