Terry Lakin has a son, apparently:

A U.S. Army captain who claims that the war against ISIS is illegal is suing President Obama. Nathan Smith, 28, who has been deployed to Kuwait since last fall, works as a military-intelligence officer in a task force responsible for overseeing the fight against the extremist group. Smith has asked for “a declaration that President Obama’s war against ISIS is illegal because Congress has not authorized it,” documents show. Smith reportedly filed the suit “out of conscience because fighting an illegal war forces him to violate his oath to ‘preserve, protect, and defend’ the Constitution.” Defense Secretary Ash Carter has said that officials have all required legal authority to engage in the fight against the self-declared Islamic State.

I suppose you could go two ways with this. One way would be to conclude that they throw the President in jail, remove the entire military chain of command, and elevate the good Captain to the rank of General of the Armies so he can straighten out this mess--thanks of a grateful nation, medals for everyone, butthurt for a few and all that. The other way is detailed below, just for laughs:

Lt. Col. Terry Lakin, a doctor who refused deployment to Afghanistan because he questioned whether President Obama was born in the United States, was dismissed from the Army today and sentenced to six months in military prison for refusing to obey orders. 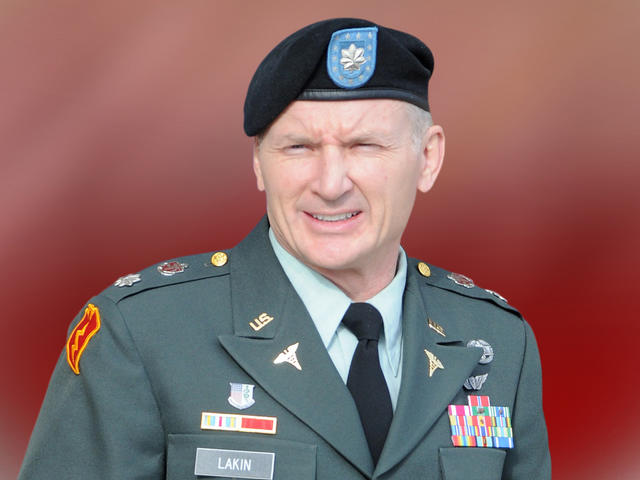 Lakin, who could've been imprisoned for up to three years, was sentenced by a military jury at the end of his three-day court martial hearing in Fort Meade, Md.

The 18-year Army veteran is among so-called "birthers," who continue to question whether Obama was born in the United States and thereby eligible for the presidency.

Lakin pleaded guilty for failing to obey orders. Lakin was set to deploy from Fort Campbell, Ky., in April, for his second tour of duty, but he never showed up.

During the trial, the Colorado native acknowledged that he should have followed orders despite his concerns about Obama's citizenship. Arguing for a lenient sentence, Lakin's lawyer called the case unique and argued that Lakin made one bad decision but was also given bad advice by his previous attorney.

Prosecutors came down hard on Lakin, saying that he knew what he was doing and he had "invited and earned" the sentence.

Birthers say they want to see more proof that the president was indeed born in Hawaii, and that the copy of his birth certificate that Obama released during his campaign isn't sufficient because it doesn't show the name of his doctor or the hospital where he was born.

Yeah, there's not much more to add, is there? Everyone wants to be a hero of the right wing in America. You've got to get stupid in order to do so.