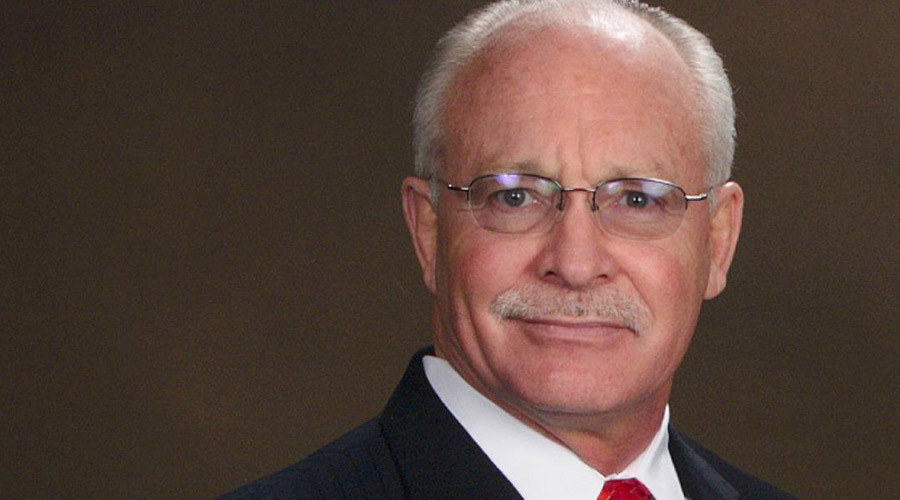 The man who went on Fox News and called the President of the United States a "boy king" is about to change his plea:

The frequent Fox News commentator who prosecutors say lied about a career with the CIA to win actual government work is scheduled to change his plea Thursday, court records show.

Wayne Simmons, 62, of Annapolis, Md., had been set to go on trial next month on charges that his claim of working for the CIA for 27 years was a lie, and that it was only by repeating such falsehoods that he was able to briefly get actual security clearances and real government contracting work in more recent years. He had pleaded not guilty in the case, and had asserted in an interview published recently in The New York Times Magazine that there were documents scattered around the world that would back up his claims about what he did.

Now, it seems, prosecutors and his defense attorneys appear to have reached some type of a deal. The “change of plea hearing” is generally an indication someone in a case intends to plead guilty — though for Simmons, it remains unclear to what. A judge also must still sign off on a plea agreement, which is far from a certainty.

A spokesman for the U.S. Attorney’s Office in the Eastern District of Virginia, which brought the case against Simmons, declined to comment. William Cummings, Simmons attorney, said: “All I can tell you, if you want to show up, who knows what might happen?” Simmons himself confirmed a plea hearing was scheduled but he declined to comment further.

I find it hard to believe that a man who has had eleven convictions for driving under the influence would be an unreliable commentator on a respectable outlet like Fox News.