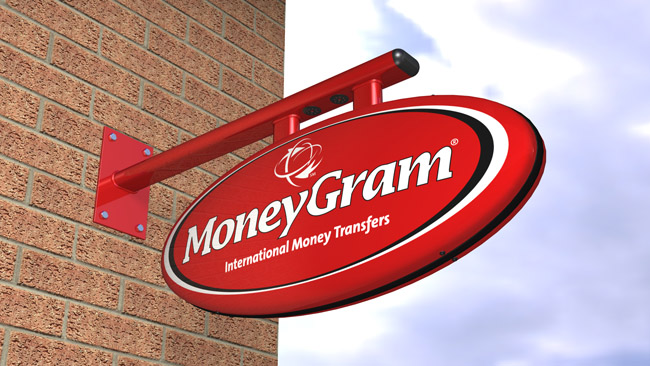 You can be rest assured that Donald Trump's terrible ideas are going to gain him votes:

Expanding on his plans to force Mexico to pay for a 1,000-mile border wall, presidential candidate Donald Trump says he would cut off money transfers to the country. Trump’s idea would cut off billions of dollars from immigrants back to the country, likely causing serious problems between the U.S. and a key ally. Trump’s plan may not be legally (or politically) feasible, as economists say it would likely require crippling a major ally’s economy. Trump told The Washington Post that he would threaten to change a rule under the USA Patriot Act antiterrorism law, a threat he will withdraw after Mexico makes “a one-time payment of $5-10 billion” to pay for the project.

The problem with Trump's plan is that there is already a very lucrative method for collecting large fees from people who transfer money around the country and around the world. It's called Moneygram, and it has a partnership deal with Wal-Mart. These companies have lobbyists and they have interests. They sit back and collect massive fees for transferring American dollars to overseas locations. Do you think they're going to remain silent in the face of this nonsense?

America's biggest retailer is about to become a partial victim of Trump's half-baked idea:

According to a fee estimator on Western Union’s website, sending $900 within the United States could cost as much as $76 when done in person. MoneyGram’s website estimated that the same transaction would cost $73.

Walmart already offered customers a way to transfer money in its stores, through a partnership with MoneyGram. Unlike Walmart-2-Walmart, MoneyGram does not have a $900 limit and it allows for transfers to other countries.

Mr. Eckert said using MoneyGram would remain an option for Walmart customers. In its annual report, MoneyGram said that Walmart accounted for 27 percent of its total fee and investment revenue last year.

Financial services make up a relatively small portion of Walmart’s overall revenue, and some analysts said the wire transfer program could ultimately be more consequential for other wire-transfer companies like MoneyGram and Western Union than the retailer.

Even a small piece of Wal-Mart's bottom line is simply too big to ignore. If retailers like Wal-Mart begin to see the unfriendly policies of Donald Trump as a liability for the bottom line, what's to stop them from getting in bed with the Democrats? You'd think a Republican running for president would be Wal-Mart friendly. Turns out, Trump is too stupid for that.