This is the Game 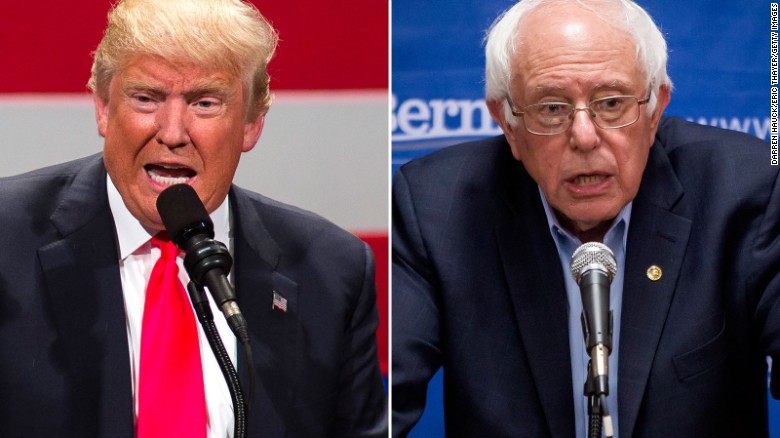 I'm not going to shed a tear for anyone who decided to run for President without bothering to learn what the rules were:

Donald Trump and Bernie Sanders are confronting the same paradox: the fate of their insurgent campaigns built on scorn for the political establishment rests on how well they play the inside game.

For Trump, the challenge is shifting from a strategy of piling up state primary wins to one that also takes into account states that award delegates in a more intricate fashion. Trump's organizational weakness in that type of contest was underscored Saturday when he was swept by Ted Cruz in the Colorado Republican convention.

Sanders, meanwhile, has to win not only more pledged delegates but also more superdelegates -- party officials and other elites who can vote however they choose -- if he wants to take the Democratic battle for the White House to the convention floor.

This narrative is designed to get people to think that the system isn't fair. It's totally fair! This is how things work after being debated and decided by the people running the political parties in question. These are the rules they set up and this is how things are done. If Trump and Sanders decided to run for president without bothering to figure this out, why should there be any debate about fairness? This is like complaining about not having a guy who can kick field goals on your team after you agreed to play a game of football. Learn the rules. Surround yourself with people who understand the damned rules. It's not hard. Really, it isn't.

Two of Donald Trump's own children were completely unaware of the rules so they cannot even vote for him in the New York primary. How incredibly ridiculous is that? All it takes is to hire a coordinator who understands the process and follow their advice. It's insane.

Sanders, in particular, is not even a member of the Democratic Party. Why should an entire political party turn itself inside out and hand itself over to someone who isn't even a member? And, no, deciding to be a "democrat" just before running this year doesn't count.