The Cheek of the Man 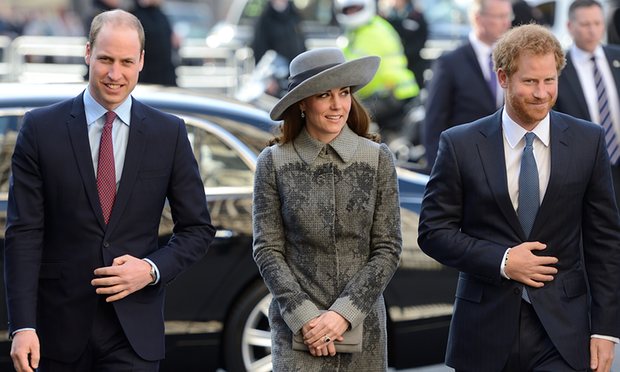 Why anyone would listen to any member of any royal family anywhere is beyond me:

The royal family is seriously considering making a dramatic intervention in the referendum debate with an announcement that it supports Britain remaining inside the European Union.

That the royals are prepared to risk provoking a potential constitutional crisis shows just how deep their anger is at parts of the British press and senior politicians.

According to a senior source close to official figures, there was particular resentment at the Sun’s newspaper’s depiction of the Queen as a Brexit supporter.

But the anger runs through the generations at Buckingham Palace: there was fury at the claims about “workshy” Prince William, a campaign mounted by two papers with an anti-EU stance, the Daily Mail and the Sun. And there was a feeling last week that rock bottom had been hit with a story in the Mail that Kate was now posher than the other royals.

Using outside experts who advised that the intervention would need to be presented by a figure with impeccable European credentials, a strong affinity with the continent and the character to speak out, the family has decided that the move should fronted by Prince Philip.

Scotland should have declared independence in order to rid itself of monarchy and all that. But the thing that stood out to me in this piece was this:

Part of the reason for stepping into the debate in such an unprecedented way is huge disappointment in the prime minister, David Cameron.

“The feeling is that we can’t leave it to him. Look what happened at the last referendum we had, on Scotland. We nearly lost Balmoral and the shoots. Nicola Sturgeon could be sat in that castle now – we know she had her eye on it – it was a damn close-run thing.”

Royal circles found particularly offensive Cameron’s portrayal of the Queen as having “purred down the line” when he telephoned her to tell her Scotland had voted against independence. “The cheek of the man. There was real fury about that comment. And the irony of it – coming from a fat cat,” said a source.

I would say that Great Britain is not in a good place right now. Someone else should lead a breakaway revolt. Isn't it time for the Welsh to step up? And when did Parliament start answering to princes? The proper role of the royal family is to entertain and occupy a non-political place in the popular culture. Any effort to exist outside of that realm is ludicrous.