Only a Brit Would Think Matt LeBlanc Was Still a Star 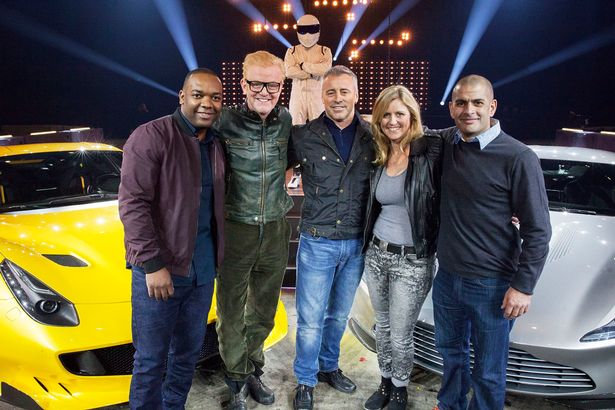 I have to admit that I have never been able to figure any of this out:

Top Gear host Chris Evans and co-presenter Matt LeBlanc looked far from being Friends as they arrived at Heathrow.

Amid rumours of a rift, Evans reportedly hailed a taxi rather than jump into a waitingTop Gear car with the American after their return from filming in Venice.

A witness claims that moments earlier they saw Evans, 49, arguing with one of his party in the terminal building.

The source said: “There were raised voices and Chris looked utterly fed-up.”

It comes days after the BBC confirmed it had handed editorial control of the programme to Clare Pizey, a former head of factual entertainment at the channel.

The corporation insists it has nothing to do with the furore around the Cenotaph stunt earlier this month in which LeBlanc and rally driver Ken Block performed wheelspins and doughnuts close to the London war dead memorial.

Matt LeBlanc was the Ringo Starr of Friends. They needed him, but he wasn't the show. Nobody really expected him to succeed and that's fine--someone has to be Ringo. The show was about who was going to bang the one with the trendy hair and that's it--period. That was the whole show. They achieved a great deal if you like that 90's sort of sarcasm-driven humor. But this guy has gone back to what he was--a television sitcom actor in search of an ensemble cast that can elevate his stature.

Only the BBC could be convinced of the idea that LeBlanc could carry a culturally sensitive show like Top Gear. Did they know which one of the Friends they were getting? Is there someone at the BBC who is going to get fired because they hired the wrong Friend for the wrong job? How would you like to be the executive who gets laughed out of the conference room because he thought he was getting Lisa Kudrow but ended up with Matt LeBlanc?

Why didn't they call Tim Allen--a guy who actually knows something about cars? They could have gotten Jay Leno for peanuts. They should have gotten Joel McHale--a guy who can entertain you without pausing to give a shit. Why didn't they just find someone with an actual appreciation for what Top Gear offers, which is little more than naughty bits disguised as light comedy weighted with marginally relevant car information?

Great Britain has a war memorial that people disrespect all the time--remember David Gilmour's idiot kid? The obvious answer is to put a fence around it or restrict access. This is why you can't do wheelies when you drive between the place where they buried the Kennedys at Arlington.