It's a Shame About Tim 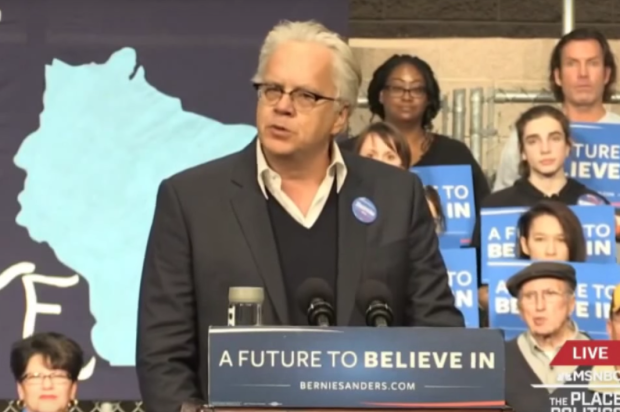 Actor Tim Robbins imploded this week over politics. This is probably not the sort of thing you want to read on Salon about yourself:

On Monday, actor Tim Robbins had a bit of a social media meltdown.

Robbins had tweeted a chart that claimed to show exit polls favoring Bernie Sanders in the Democratic primary wildly diverged from reported election results that greatly favored Hillary Clinton. Thus, according to the entrails of the disemboweled turkey that the creator of this chart must be reading, Sanders has actually won more primaries and delegates than he is getting credit for.

When Twitter users pushed back on Robbins by noting all the problems with this line of thinking, the actor responded by accusing many of his critics of being paid trolls working for Correct the Record, the super PAC formed to respond to what it sees as misinformation being spread about Hillary Clinton. He fired some version of thistweet at individual detractors – by one count, 88 of them – before deleting and replacing them with this one rant that makes it sound as if Robbins is jumping at his own shadow. If next week someone finds him wandering around Washington Square Park wearing a bathrobe and a colander on his head, I won’t be surprised.

I would put most of this down to the fact that Bernie Sanders threatened Hillary Clinton for a while but dissipated when his movement did not catch fire. Robbins probably wasn't going to vote for the Democratic candidate anyway, so why should anyone express any sadness for "losing" his support?

There will always be a class of people who will refuse to support either of the two parties. There will always be a segment of the population on the far left of the political spectrum that will never hold their nose and vote for an establishment candidate. They live in a world where protest votes matter, and that's fine with me. Both sides have purity trolls and delusional thinkers who cannot cast a vote for what they see as the status quo. We agonize because people like Robbins have a certain prominence because of their resume and their past association with entertainment figures who publicly protested the Bush Administration. It's hard to be angry with them when you've known what they were always about.

And they're about themselves, first and foremost. Their vote was never a thing to get because they were never going to part with it. Robbins is in a club and you aren't so his vote means something to the media but not to anyone outside of his social circle. It's not like he has an actual following or anything and is in danger of being elected to political office.