I Have No Problem With This 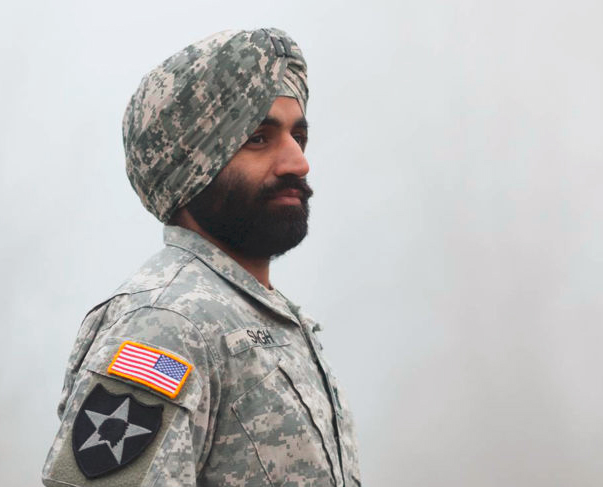 Really, who am I to have an opinion? I'm nobody. But I'm glad the Army is accommodating this man's religious beliefs:

Captain Simratpal Singh, a Sikh-American officer who has served in combat, won a long-term religious accommodation from the U.S. Army to serve his country with a beard, turban and long hair called for by his faith.

Assistant Secretary of the Army Debra S. Wada granted Singh the year-long accommodation after he was given temporary accommodation in December 2015. Singh is the only Sikh American to receive an accommodation while active in the service.

In a statement, Singh said, "My military service continues to fulfill a lifelong dream. My faith, like many of the soldiers I work with, is an integral part of who I am. I am thankful that I no longer have to make the choice between faith and service to our nation." Prior to this, Singh served for 10 years with short hair and without a beard or turban.

"With this historic accommodation, we hope that the U.S. military will
finally move past protracted, case-by-case religious accommodations and
recognize that the time for permanent policy change is now," said attorney Amandeep Sidhu.

It's a much, much stronger military with tolerance woven into the fabric. It really is. And the key takeaway is this--you can give people the right to display their religious beliefs without losing everything that makes selfless service unique. As long as Captain Singh does what he does, there won't be any question about his loyalty. It will be to the country and to the military that accepts him for what he is so long as he is willing to put his life on the line.