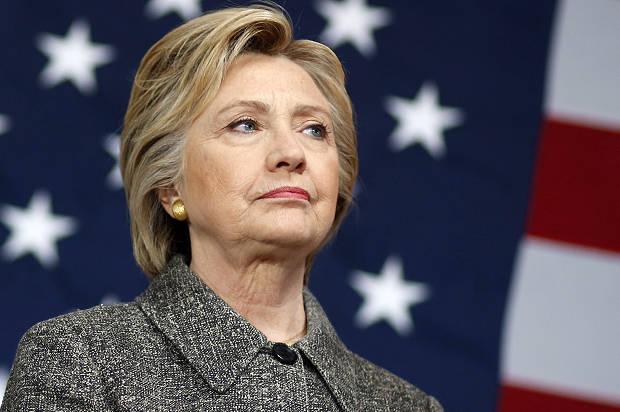 You pretty much don't have to read anything by H.A. Goodman from now on after you read this:

Bernie Sanders is the only Democratic candidate for president not linked to an FBI investigation. This used to mean something in American politics, but those days are gone. Today, I’m viewed as delusional, by the same people who think smart politics and qualifications entail endless scandals, poor decision-making on everything from major foreign policy decisions to Wall Street speeches, and ongoing FBI investigations. In truth, the only delusion is believing that a candidate at risk of DOJ indictments, and facing political repercussions even without these indictments, would make a great president.

Nonetheless, this election season has been a bizarre case study in group think and competing narratives. At first, Bernie couldn’t win and Hillary was inevitable. Now, Bernie almost won, but apparently lost because of New York, and the FBI is simply a minor speed bump on the road to the White House. Tomorrow, Clinton will claim victory is just around the corner, even without knowledge of the FBI’s verdict.

At the end of the day, Americans everywhere will realize that the rule of law applies to Hillary Clinton, and that honesty and integrity will propel Bernie Sanders to the presidency. The FBI’s reputation is at stake, both globally and at home, and I explain why in this YouTube segment. James Comey and the agents who’ve devoted endless hours to Clinton’s email investigation will soon disclose their findings to the American people; to think nothing will result from this year-long probe is naive. Remember, the FBI doesn’t give parking tickets.

The FBI does not issue a "verdict" on anything because that is under the purview of the court system. The FBI investigates things and issues a report. The Justice Department has the final say. Up to this point, it is safe to say that if you really think Hillary is going to be handcuffed and frog-marched into a detention center, you're probably not too far removed from claiming that Barack Obama is a Kenyan agent sent here to Benghazi us all into oblivion.

Goodman is now firmly established as a parody of a delusional Republican operative who babbles about Vince Foster whenever someone mentions Clinton's name. He doesn't really have credibility anymore because what he does is schtick. You put a quarter in him, he comes up with the parking ticket line. Yay!

Anyone with basic math skills knows that the Democratic primary race is about numbers of people who actually vote and not voter enthusiasm.  That's because votes determine delegates and yelling really loud doesn't factor in the process. Much of what you read on Salon these days is disproportionately in favor of a Bernie Sanders kind of world that doesn't extend beyond some very narrow confines. There is populist enthusiasm for this kind of candidacy but, in American politics, populism has an iffy track record.

It's good to put Goodman out with the trash. I'm not sure when he deteriorated into parody--probably months ago. When you can't handle basic facts, you might as well throw everything in the air and make shit up. That's far more entertaining.