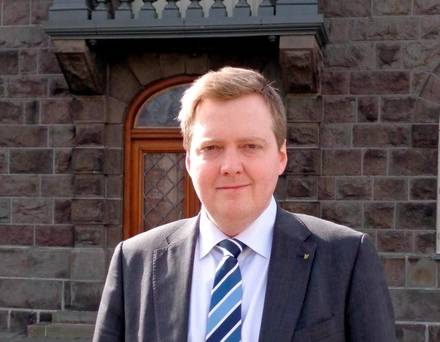 If this shocks you, I don't know what to say:

Eleven million documents leaked from the Panamanian law firm Mossack Fonseca reveal how it has helped its high-power clients move money offshore and dodge taxes. The documents show connections to 72 current or former heads of state, including some dictators who are accused of looting their own countries. The company alleges that it has operated for 40 years without any wrongdoing. Among the linked leaders is Russian President Vladimir Putin, whose associates were suspected in a billion-dollar money-laundering scheme, the families and friends of former Egyptian President Hosni Mubarak, late Libyan leader Muammar Gaddafi, and Syrian President Bashar al-Assad. The documents also reveal Icelandic Prime Minister Sigmundur Gunnlaugsson’s undisclosed financial interests in the nation’s failed banks as well as millions of dollars in an offshore account; on Monday, Gunnlaugsson faced widespread calls to resign. In Ukraine, MPs called for an investigation into President Petro Poroshenko’s apparent move to shift his confectionary business offshore to dodge taxes during the height of the country’s fight with Russian troops in August 2014.

Kleptocracies are fairly adept at hiding money in other countries. If you don't believe in the rule of law, you're going to stick your ill-gotten gains in places where you can be reasonably certain that it won't be confiscated.

So confiscate the money! Duh.

Seriously, there should be some sort of mechanism that confiscates this money and puts it into some sort of holding status until everything can be sorted out. There's no reason for anyone to have a billion dollars stashed in secret bank accounts unless they have stolen that money. And stolen money is property and should be treated like stolen art.

If you confiscated all of the unoccupied multi-million dollar homes in Britain and gave it to the national health service or used it to fund relief for the poor, it would be a huge windfall. Do the same thing everywhere else. Seize the money! Give it back to the people! If the burden of proof is put on the account holder, there should be no trouble producing proof that the money was earned and not stolen. Bribes don't count. In the end, though, there will only be a handful of scalps collected. The Prime Minister of Iceland belongs in some sort of Icelandic version of a time out.

The U.S. government knows who is corrupt. This is incredibly valuable information. Once you know who can be bought, you know exactly how to deal with them. Once you know that there is a pile of money somewhere, you know their flaws and secrets and can negotiate accordingly. Or you just just seize their assets! Why not?

Ah, but the rule of law, you say. Well, some people don't believe in it. See above.