An Evil Lurks in Kansas 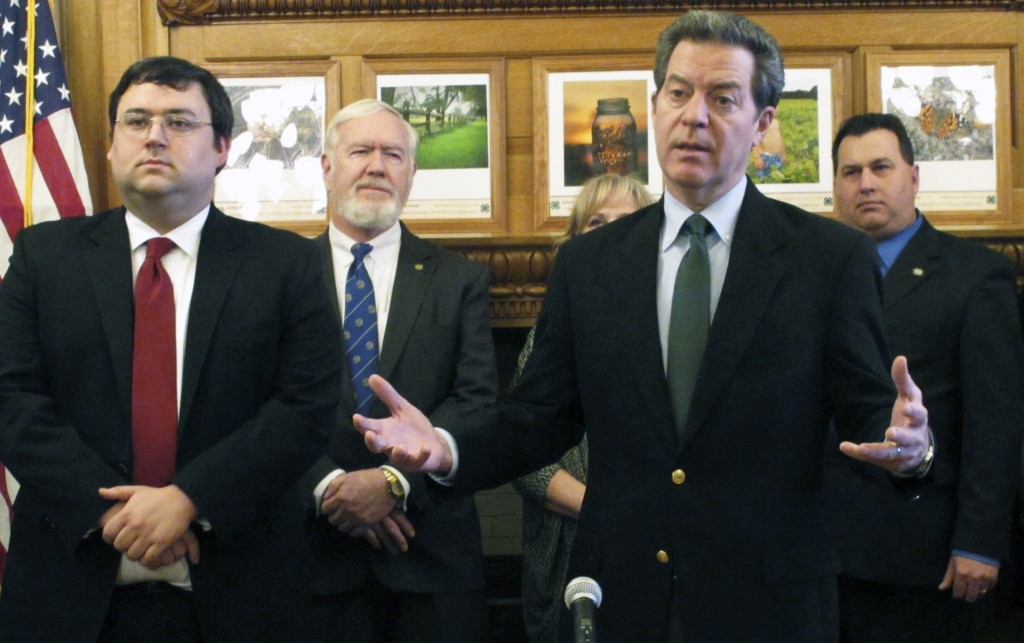 If you can't find a job in Kansas, chances are that job doesn't even exist:

For over five years now, Kansas has served as an economic policy experiment for anti-tax, small-government conservatives. Their lab work is costing the state hundreds of millions of dollars, crippling public service budgets, and making life harder for low-income families without reducing the state’s poverty rate at all.

With his political star beginning to tarnish, Gov. Sam Brownback (R) came to Washington on Wednesday to discuss his poverty policies at the conservative American Enterprise Institute. At one point, the embattled governor justified his policy of forcing people off of food stamps if they can’t find a job by likening low-income and jobless people to lazy college students.

The event was convened around a policy he pioneered: Reinstating a rigid 20-hour-per-week work requirement that federal law allowed him to waive because unemployment was still high at the time in his state. The rules are duplicative — federal law requires the able-bodied adults targeted by the move to accept reasonable job offers at all times, even when a weekly work-hours waiver is in place — and run counter to a lot of policy thinking about how best to get jobless food stamps recipients back to work.

Unemployment in Kansas is less than 4%, so there's an underpinning of ideology in what Brownback is trying to do. He's trying to compel undesirables to leave the state and seek "welfare" benefits elsewhere. By making Kansas unreasonable, he is hoping people will move out of his state and chase the benefits in other more generous states. And the reasoning is solid--there's no work for them in Kansas because the state has virtual full employment with such a low unemployment rate. There's very little chance of moving on and moving up the ladder when there isn't much choice in the job market.

You'll note that if he really cared as to whether or not people were actually working, he'd be funneling money into a comprehensive jobs program and a re-training program. If you want to dig yourself out of a fiscal hole, put people to work and create jobs and draw people into the state rather than kicking them out. Brownback is chasing another strategy--it's time to sell everything, cut everything, and eat the seed corn because whoever the governor is after him will have to clean up the mess. This is how Republicans govern--they destroy everything and leave it for the next guy, usually a Democrat, to fix.

They're destroying the state of Kansas because they can, and because they know how to divide the haves and the have-nots. It's a pretty cynical game, and the suckers fall for it every time. In America's political climate, this makes Brownback a shoo-in for Vice President on a Cruz or Trump ticket.