The Silver Fern of New Zealand 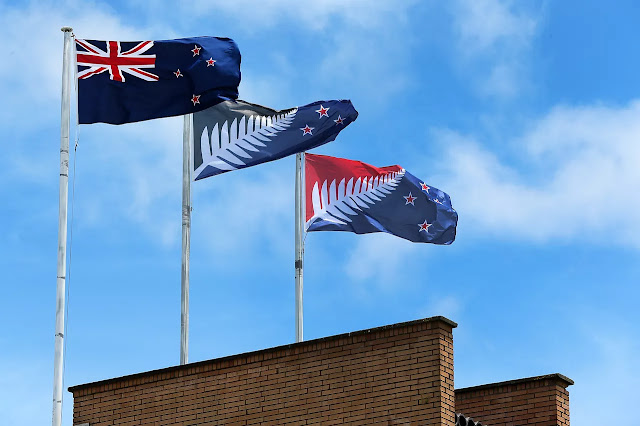 I haven't been this excited about a national flag since Scottish independence went into the crapper:

The New Zealand flag, which has flown for more than a century, features multiple symbols representing the country's former status as a British colony. In addition to the union jackin the upper left corner, it also features four stars of the Southern Cross constellation, paying homage to the country’s former status as a southern outpost of the British Empire.

The silver fern, by contrast, is a popular national symbol, appearing on the country’s $1 coin as well as in numerous military and sporting contexts.
If New Zealand votes in favor of the change, it will not be the first country to replace its flag to distance itself from a colonial past. This summer, Fiji will likely replace its flag,which also contains the union jack, with a new one featuring more indigenous symbolism.
But it appears that a main motivation for New Zealand replacing the flag is actually another issue entirely: It looks a little too similar to Australia’s flag for comfort.

I have no problem with this because, well, it's fucking New Zealand and they can do whatever they want. If Australia follows suit, what will they use as a national symbol? The kangaroo? The koala bear? Or will they simply take a Fosters beer can to the old flag and scream incoherently?
Colonialism is such a bad word that we now see people changing their national flags in order to run away from it.