The Republican Party is a "Gay Foam Party" 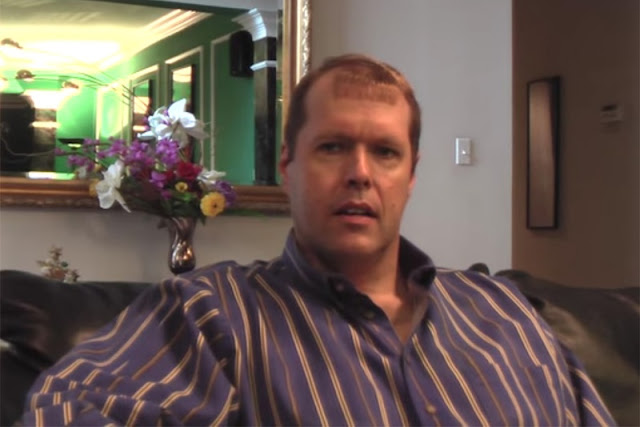 Don't yell at me. Yell at Robert Morrow, your new chair of the Travis County Republican Party:

The newly elected chair of the Republican Party in the county that includes the Texas Capitol spent most of election night tweeting about former Gov. Rick Perry’s sexual orientation and former President Bill Clinton’s penis, and insisting that members of the Bush family should be in jail.

He also found time to call Hillary Clinton an “angry bull dyke” and accuse his county vice chair of betraying the values of the Republican Party.

“The people have spoken,” Robert Morrow, who won the helm of the Travis County GOP with 54 percent of the vote, told The Texas Tribune. “My friends and neighbors and political supporters — they wanted Robert Morrow.”

Morrow’s election as Republican chair of the fifth-largest county in Texas left several members of the Travis County GOP, including vice chair Matt Mackowiak, apoplectic. Mackowiak, a Republican strategist, immediately announced over social media that he would do everything in his power to remove Morrow from office.
“We will explore every single option that exists, whether it be persuading him to resign, trying to force him to resign, constraining his power, removing his ability to spend money or resisting any attempt for him to access data or our social media account,” Mackowiak told the Tribune. “I’m treating this as a coup and as a hostile takeover.”

Every time one of these assholes assumes office and gains a little power, the pearl clutching apparatchiks in the Republican Party lose their minds. This is the rank and file--this is a mainstream Republican, circa 2016. These are people who don't hesitate to assault other people at rallies, wear their Klan robes to church, and who eagerly await proof from Alex Jones that Obama has been selling nuclear weapons to the Mullahs.
Here's the hilarious quote that should have been the lede, by the way:

Morrow, who’s also tweeted that Sen. Marco Rubio of Florida is “very likely a gayman who got married,” said he supports the brand of Republican politics he most closely associates with Donald Trump and Sen. Ted Cruz.

“The Republican Party, I would hope, is about limited government with a libertarian perspective,” Morrow said. “But it’s a big tent, and there are many factions in it, and that’s okay with me.”

Morrow’s main complaint is with “establishment” Republicans, who he does not believe should hold elected office, he said. Last week, he tweeted that the Republican National Committee was just a “gay foam party.”

Morrow has a long history of critiquing prominent state Republicans in vulgar, and often sexually explicit, terms. For years, he has alleged that Perry is secretly bisexual; in 2010, he referred to him as “Gov. Skank Daddy” in an email.

With these guys, it is an embarrassment of riches.