Governor Pudding Bag is Not Resigning 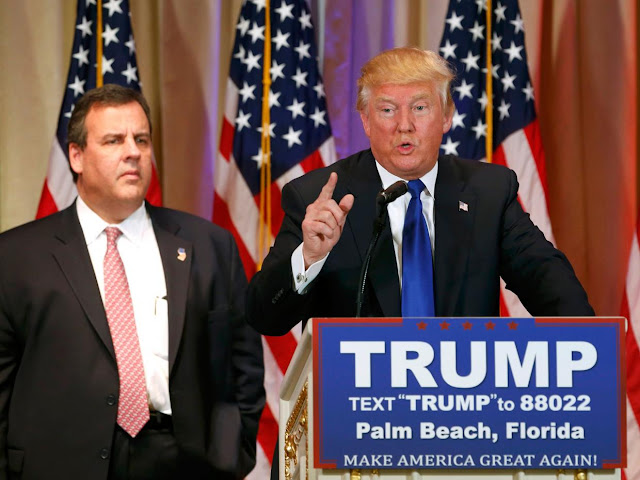 This is nice and all, and it has undercurrents of sweetness in it, but Chris Christie doesn't plan on resigning from anything:

Gov. Chris Christie has made it abundantly clear that governing New Jersey is a distant second priority for him, far behind the demands of his personal ambition.

He has answered every crisis with neglect during his disastrous second term.

Atlantic City is about to go bankrupt, and yet he sat on a reform package for six months without explanation. The transit system is in disrepair, with our link to New York City vulnerable to a crippling breakdown, and he watches passively as the transit fund drifts toward bankruptcy. New Jersey's fiscal crisis is the nation's second worst, and he has charted no viable path toward a political deal.

All this is infuriating when you consider that Christie possesses the political talent to steer the state towards safer ground. He made that clear in his first term, when he scored substantial wins on a centrist agenda.

But if his first term showed that he has the talent, his second term has shown that he lacks the character.

His craven endorsement of Donald Trump is only the final blow, the moment when he lost any last shred of credibility. His fulsome praise of Trump, after his stinging condemnations only a few weeks ago, is impossible to believe.

At some point, the people of New Jersey are going to have to wake up to the fact that Christie is going to settle some scores as he leaves office. He is going to set the state on fire, watch it burn to the ground, and then he's going to urinate all over everything while screaming through his eyes. He's going to deliver ruination and loss and walk away with a bag full of riches. And, given the weird nature of New Jersey politics, Christie will walk away with smiles and laughter behind him.
In Republican circles, destroying an entire state is preferable to the idea that people can be governed effectively. Christie will show generations of citizens that government is useless and corrupt and can be left by the side of the road like a shopping cart full of dead skunks covered in flaming motor oil.
Hey, you knew who he was when you elected him. Chris Christie hasn't changed at all. He's the same bag of pudding he always was.
Suckers.