A New War in the Falkland Islands 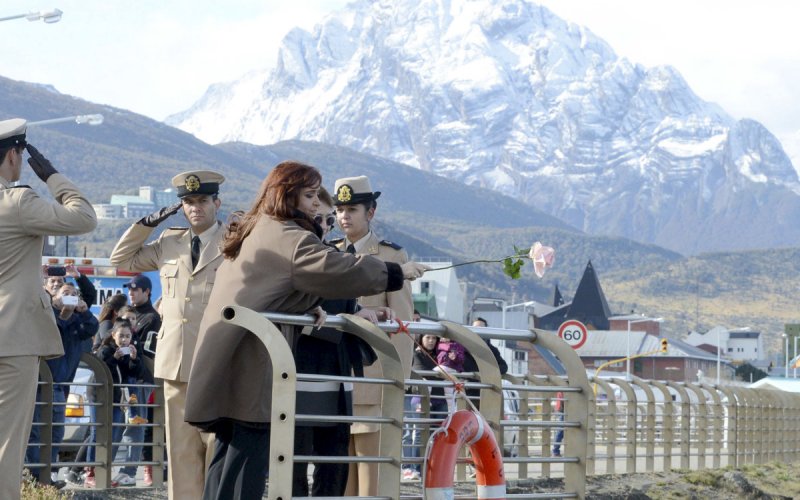 What did you do on your holiday? Well, I started worrying about the Falkland Islands because, well, you know, that's what people do.

The British claim to the Falkland Islands is going to get weaker and weaker as time goes on:

A United Nations commission has determined that the Falkland Islands lie in Argentinian waters. The decision marks the latest chapter in the dispute between that country and Britain over the territory, which included a bloody battle in 1982. The UN commission ruled that Argentina’s maritime territory extends over the Falkland Islands. “This is an historic occasion for Argentina because we’ve made a huge leap in the demarcation of the exterior limit of our continental shelf,” said Argentinian Foreign Minister Susana Malcorra on Monday. “This reaffirms our sovereignty rights over the resources of our continental shelf.” The Falkland Islands are self-governing, with Britain responsible for the area’s defense and foreign affairs. The British government is arguing that islanders should not be obliged to live under Argentinian rule against the their will.

Whose navy is going to sail to the region and reaffirm the British claim? Why, if memory serves me, it's not going to be the British navy because there, effectively, is little or no British navy anymore. What they have is now a rather fleet that emphasizes submarine operations; they have a small surface force and could project some measure of power into the South Atlantic.

I am not arguing that the British are helpless; far from it. They could mount a devastating defense of the Falklands. Is there any stomach for that in British society right now? Would their allies give badly needed logistical assistance? Britain's role in the world has changed significantly since the 1980s. And there has been a huge backlash against the use of military force thanks to the Iraq War.

The question is, how long could they sustain operations? What if the Argentines deploy a series of surface-to-ship missiles sold to them by, say, the Chinese, who would love to see their technology tested against a Western navy? What if the Russians decide to tweak the British and send a care package?

A war in the Falkland Islands would likely include the U.S. Navy. Do we want that? America is paralyzed with partisan political posturing right now. Can you imagine what something like this would do to the everyday ridiculousness of a presidential campaign? Holy cow.