This Was a Mental Health Crisis, Not an Occupation 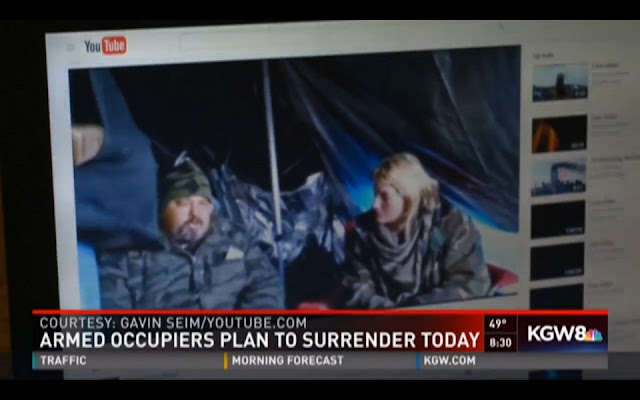 The people who occupied the Malheur National Wildlife Refuge should be evaluated by mental health professionals:

At the final moment after the first three had walked out, Fry said he was feeling suicidal and wouldn't give himself up. He demanded to talk to an FBI negotiator by phone as others repeatedly urged him to calm down and walk out.

"I'm a free man and I will die a free man," Fry said as the frantic conversation played out on a live feed online.

Over an hour, Fry rebuffed supporters again and again, saying he feared going to prison and losing his freedom.

Fry had played a role throughout the occupation providing social media help to the protesters.

"We will pray you out," a woman's voice was heard saying at one point, but then Fry said he was pointing a gun at his head.

"I'm really confused right now," he said as the entreaties continued for him to leave the refuge.

Finally, Fry said he wanted a cigarette and cookie and started walking out.

The FBI confirmed minutes later that he was in custody.

"We are all relieved our prayers were answered," Fry's father, Bill Fry, said in a text message to The Oregonian/OregonLive.

This had nothing to do with democracy or the Constitution. It had everything to do with letting crazy people have guns. The government did the right thing today. They let these clowns come out alive. If they had been black and in Philadelphia, they would have been bombed weeks ago.