Seinfeld is Down and Out 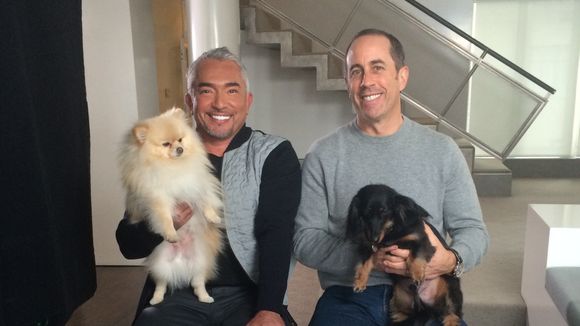 Somehow, Jerry Seinfeld ended up broke and his dog won't even heed his commands:

It's well known that Jerry Seinfeld, host of the web video series "Comedians in Cars Getting Coffee," has a particular fondness for Porsches. In fact, he owns so many that he needs to sell some to make room in his rather capacious garage for more. The auction firm Gooding & Co. will sell off 16 of the Porsches at an event near Jacksonville, Florida, next month.

This is one of the newer ones. Five of these specially equipped cars were made to commemorate Brumos Racing winning the Grand Am Championship in 2011. Each of the cars was equipped to match the Porsche cars that Brumos raced that season. Seinfeld purchased his directly from Brumos. He drove the car for little more than an hour during a private track day at Willow Springs Raceway near Los Angeles.

This is sad. I am starting a Gofundme page to help Seinfeld retain his classic cars and expand his storage facilities. The goal is to raise $4 million dollars so that we can build warehouse space that is climate controlled in or near the Connecticut border. So far, the plans are calling for a two story drive in parking garage that can be expanded to store at least 42 cars or small boats.

In lieu of help, please pay attention to whatever he's doing from now on. Your indifference did this. You can't tell the difference between Jerry and Jeb Bush anymore, can you?