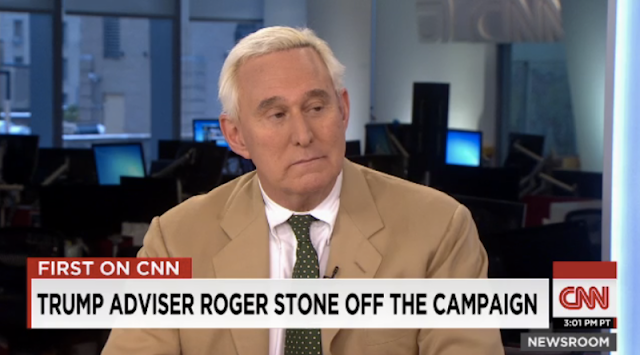 Oh, come on. The people who book guests at CNN did not know who Roger Stone really was?

Just a day after Media Matters, and then this website, surfaced new and old sexist and racist tweets written by ex-Donald Trump operative and part-time CNN talking head Roger Stone, the network announced it will stop inviting him on air.

Stone's ratfucking fingerprints are everywhere because he has always been proud of the work he has done. His personal life was national news when the Bob Dole campaign got rid of him. Stone is so well known for being over the top that there's only one explanation for why CNN wanted him on the air in the first place--because everyone else they book is boring as dry toast.

They knew who Stone was. They booked him anyway. Once they got caught, they had to back away from him like the cowards they are.