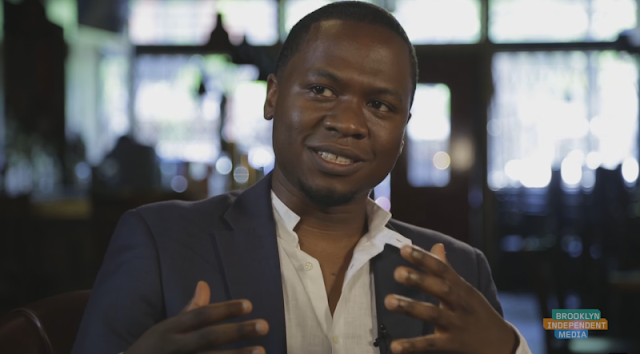 I read the Gawker excerpt, and then I read this blurb, and, really, it's just pathetic:

A reporter for The Intercept as revealed to have fabricated quotes used in his stories and created fake email accounts impersonating his editors. Calling it a “pattern of deception,” Intercept Editor in Chief Betsy Reed laid out, in full detail, the extent of former staff reporter Juan Thompson’s ethical lapses, including his attempts to defraud sources and create entirely fake stories built around seemingly nonexistent people. Among the stories the online outlet has retracted in the wake of Thompson’s deception: an interview with “Scott Roof,” the supposed cousin of Charleston shooter Dylann Roof. After calling the gunman’s family, the Intercept learned that no such “Scott” existed.

Thompson is using his treatment for cancer as the reason why he can't defend himself. Well, that and race. There are plenty of working journalists who have the knowledge and experience to report their stories, and their skin color is irrelevant. Thompson throws himself one hell of a pity party. He's an eloquent writer, probably has a lot of talent, but nobody trained him to be a journalist. He won't take down the Intercept but he probably should. Apparently, the government isn't the only institution that lies about things.

And if there's one thing that pisses me off, it's that the stock and trade of The Intercept is guilt by association. Well, guess what you've been associated with, suckers.