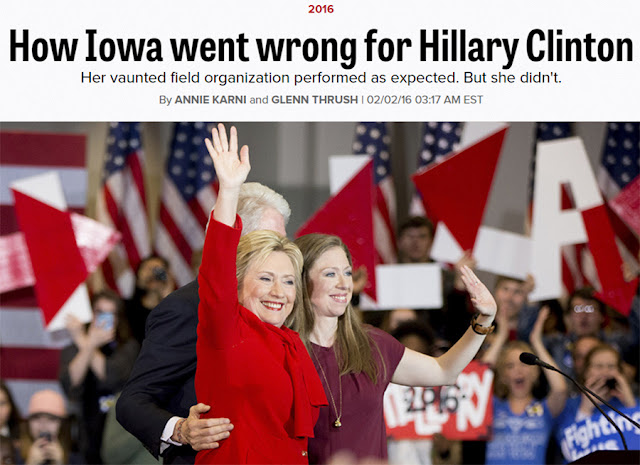 This race is completely and utterly energized. Partisans on both sides are pushing the Democratic Party further and further to the left. Hillary calls herself a progressive in public. Bernie Sanders goes from 7% to 49.9%. People care about this election, and that's a good thing. Every tough fight with Sanders makes Hillary a better candidate, better than she was in 2008. Four out of every ten Democrats in Iowa will tell you, without reservation, that they are socialists and that helped Sanders enormously. In quite a few other states that matter, you won't see anything that resembles that.

The conventional wisdom is wrong. Hillary didn't lose yesterday. She survived a challenge and won.