Hillary's Campaign is Run By Idiots 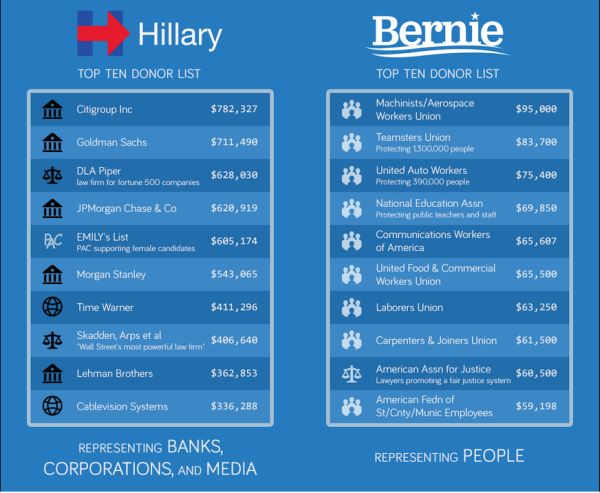 We've known for months that Bernie Sanders was a grassroots insurgent campaign that relied heavily on social media, small donor financing, and relentlessly attacking the one percent. Sanders has run a campaign that has talked endlessly about how the system is rigged, how income inequality is hurting the country, and how the financial sector has gotten away with high crimes and misdemeanors.

When I look at the strategy of the Sanders campaign, I'm in awe of how easily they're getting this right and how badly the Clinton team looks right now. It's 2008 all over again, and being ahead in super delegates matters only up to a point. She's winning small battles but losing the war.

Who the hell thought it would be a great idea to finance the campaign with Wall Street money when there is already a massive Democratic National Committee database of small donors out there? Who the hell thought it was a good idea to take all of that money when it should have gone to the Super PACs? Come on. This is a massive blunder. Leaving this information out there for the Sanders campaign to use is just typical of an out-of-touch, bloated, overthought campaign. No one gamed this out? No one thought to use small donations as a way of getting through the primaries?

No one thought to have her son-in-law go work for a non-profit until after the campaign? No one thought to scrub her speaking engagements of financial sector entities? No one did any planning for optics two years ago when Hillary started organizing herself for a second run for the presidency? No one thought to stand up and say, "hey, maybe we should go after unions, small donors, and build a social media presence that would rival what President Obama won with twice?"

Pardon me while I take a knee and wince.

If this doesn't wake someone up or scare them, I don't know what will. There is time to right the ship. I plan on voting for Hillary because I vote for Democrats. Sanders is a good man but he is not a Democrat. Sanders is running one of the most astonishing presidential campaigns in recent memory, aside from President Obama's campaign.

Pardon me, but I've already lived through this in 2009. I need someone to talk me off the ledge.