Going to War Against the Pope 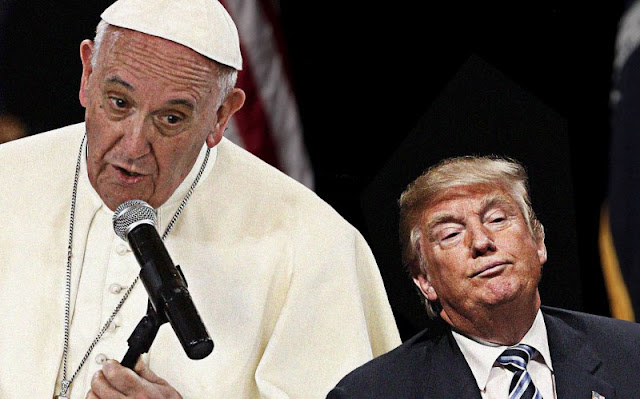 It's a Henry VIII kind of a deal:

When Pope Francis announced he would be holding a large Mass on the U.S.-Mexican border as part of his apostolic journey to the region, Republican presidential candidate Donald Trump accused the holy man of playing politics and not fully understanding “the danger of the open border we have with Mexico.”

“I think Mexico got him to do it,” Trump said, “because Mexico wants to keep the border just the way it is—because they’re making a fortune and we’re losing.”

Well, Trump may have been right—at least about the Pope’s political intentions. During the flight back from Mexico on Wednesday night, Francis dabbled in the American presidential contest when he told reporters that Trump’s promised immigration policy makes him “un-Christian.”

There's an electoral reason to go to war against the Pope. For one, he's not popular with American conservatives. Two, liberals like this Pope. And, three, Trump erodes the fundamentalist base attracted to Ted Cruz by exploiting the underlying bias that Protestants with a lot of money have against Catholicism.
This has been the 800th piece about how this "dooms" Trump, and it does not mean what it thinks it means. Trump is not doomed. Trump is doom itself. Duh.