Killing Them With Lead Pipes and Filthy Water 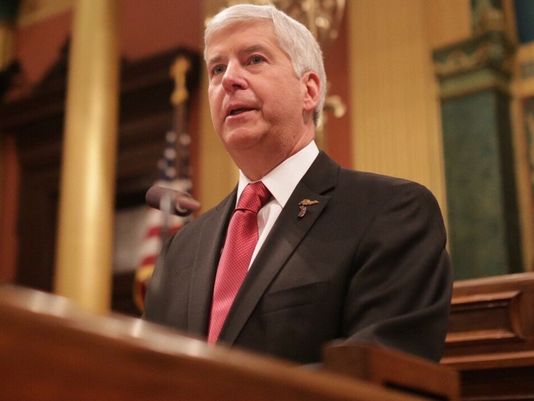 Oh, the victimhood of these people:

Gov. Rick Snyder's staffers worried in September that the issue of lead in Flint's drinking water was being politicized and that the state's responsibility for the crisis was being exaggerated.

"I can't figure out why the state is responsible except that (then-treasurer Andy) Dillon did make the ultimate decision so we're not able to avoid the subject," Snyder's chief of staff Dennis Muchmore wrote to Snyder in a Sept. 25, 2015, e-mail.

He followed it up the next morning, writing: "The real responsibility rests with the county, city and KWA," referring to the Karegnondi Water Authority. "But since the issue here is the health of citizens and their children, we're taking a proactive approach."

Michigan sounds like a fun place to live. Keep electing Republicans and all of the problems with poor people will go away. The decision to poison them out of existence ranks up there with the best ideas of the Gilded Age. Tell me how Governor Rick Snyder hasn't filed to run for President yet? He's the ideal Republican--he's got a solution for poverty that nobody saw coming.
on January 21, 2016