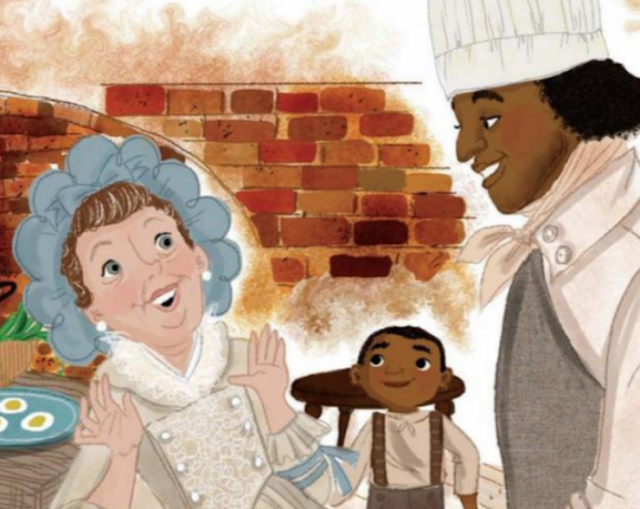 This is the kind of history that book publishers are not going to be able to get away with anymore:

The publisher announced Sunday that "A Birthday Cake for George Washington," released on Jan. 5, was being pulled from shelves, and all returns of the book would be accepted.

"We believe that, without more historical background on the evils of slavery than this book for younger children can provide, the book may give a false impression of the reality of the lives of slaves and therefore should be withdrawn," Scholastic said in a statement. "We do not believe this title meets the standards of appropriate presentation of information to younger children, despite the positive intentions and beliefs of the author, editor, and illustrator."

You have adults making marketing decisions based on this kind of thing. They don't get a pass because this is a "children's book." Really? Did children write it, illustrate it, plan for the release, and include it in the marketing materials?

This is one of numerous examples that were available to the adults that planned this book:

George Washington himself ended the marriage of one of his slaves. In February 1795, he learned that a woman named Fanny at River Farm was "Laid up" for an entire six-day work week because she had been "badly beat" by her husband, Ben, who was owned by a Mr. Fowler. Washington was so incensed that he refused to allow Ben on the plantation and ordered him whipped if he disobeyed. (Within four years Fanny remarried, once again to a slave living off the Mount Vernon estate. This unnamed second husband belonged to a Mr. Alexander.)

Washington's slaves were, of course, treated well in many cases. Except that they were slaves! There are no words...
on January 18, 2016