Explaining Things For the Explainers 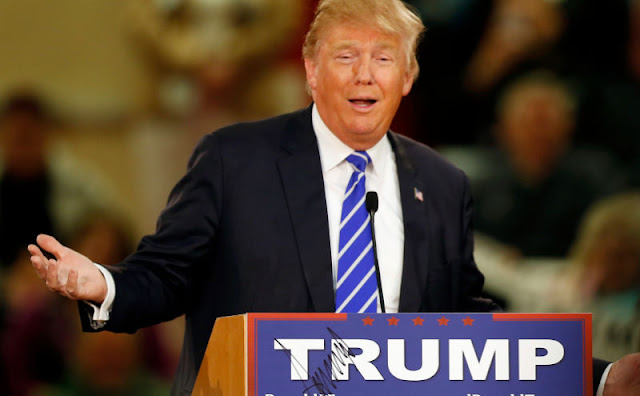 This is a good attempt to demonstrate why Ezra Klein is paralyzed with self-doubt when trying to "figure out" this whole Donald Trump thing:

On Tuesday, Ezra Klein, the editor-in-chief of Vox.com, a website that largely traffics in “explainers”—its Twitter profile commands readers, “Understand the news”—offered his explanation for how Donald Trump is going to lose the Republican nomination for president: “Trump could just ... not win.” Understand?

Despite hiding their classism and racism under the guise of fawning liberal condescension, coastal elites have largely struggled to comprehend Donald Trump’s appeal to as large a swathe of Americans as he has rallied to his cause these past few months. (Coastal elites may overestimate their ability to comprehend most things, but that is neither here nor there.)

“An important thing to know when reading coverage of Trump is that a lot of reporters and politicos believe something like this is going to happen to him.” We believe that everyone deserves free kittens forever, and yet here we are. Also: This is not actually a good justification for holding a belief! Especially for a journalist! Plenty of reporters and “politicos” believed that Trump would never get his shit together enough to invest time and money in, you know, actually building a campaign apparatus beyond rallies and media appearances,and then he went and did just that, hiring two former Republican National Committee data strategists and political data firm L2.

Klein, in his humbly titled “Here’s what I think Donald Trump’s loss will look like,” explains this possibility by reaching back through the history of American politics to Howard Dean, in 2004:
As Andrew Prokop has written, Dean’s lead looked a lot like Trump’s: It was big in New Hampshire and small in Iowa, it was based on huge crowds and hot-button issues, and it scared party elites.

And then Dean just ... didn’t win. He lost Iowa, and then he lost everywhere. No one really knows why Dean collapsed in Iowa. Theories include a vicious air war with Dick Gephardt and last-minute worries among Iowa caucus-goers that Dean couldn’t beat Bush. But there was no defining event behind his defeat — the infamous yelp came later. Dean went into Iowa looking likely to win it, and then caucus-goers abandoned him.

“Losing a presidential primary is often like going bankrupt,” Klein writes. “It happens slowly, then all at once.” As it happens, this is a misquotation from Hemingway’s The Sun Also Rises: “‘How did you go bankrupt?’ Bill asked. ‘Two ways,’ Mike said. ‘Gradually and then suddenly.’”

TL:DR - Ezra Klein doesn't want to lose access within the media establishment; he can't just say that the Republican Party is racist, crazy, and scared of facts.


To me, there are no similarities between Trump and Howard Dean. There are traditional politics and then there are non-traditional candidates who dabble in politics and succeed through name recognition. Howard Dean held executive office and dealt with the legislature of a small state for several terms in office. At all levels of American politics, this is about as big of a deal as it gets. Given the Homeland Security relationship of the state governments to the Federal government, anyone holding executive office understands the basics of the legislative process, how the Federal government deals with the states, and how the states govern themselves. We can sneer at red state governors, but they are in the game, as it were. Of course, there are horrible governors all over America--the worst being Paul LePage and Sam Brownback. But even these two understand how to govern their states. The fact that they do everything the wrong way is a choice.
Donald Trump is a continuation of alternative politics. He's the natural heir of Jesse Ventura, Arnold Schwarzenegger and H. Ross Perot. His name recognition has propelled him further than any other candidate because he's not running against anyone with a large constituency in the Republican Party. The three most powerful Republicans in America are Mitch McConnell, Paul Ryan, and John McCain. None of them are running because they don't want to risk losing what power they have. Those three have position and experience over all of the other candidates. McCain, in particular, has media power that is probably stronger than any other Republican while maintaining virtually no popular support among voters. McConnell survived re-election largely because of the power he wields in the Senate. And Ryan is powerful because other Republicans who hate him can't mount an effective challenge.
When those are the three most powerful Republicans in the country, and when none of them run for President, you're left with also-ran candidates that can't establish momentum. None of them have the name recognition to challenge Trump. The only reason why Ben Carson did as well as he did in the 4th quarter of 2015 (and then fell apart) was because he had some name recognition. The rest are candidates that non-Republican voters don't know and don't care about.
And it hurts the party, to a greater extent than anyone realizes, when their batshit crazy ideas go unchallenged. This is a party full of raving loons and no one has the guts to admit it. Klein won't admit it because that will damage his access to political operatives. Only Charles Pierce has been consistent in identifying who's out of their minds and what that means for American society.
This power vacuum created and sustains Trump. He only has to appeal to a limited number of people currently being polled (and the polls themselves are spotty in quality, at best). He has gotten more free media than any other presidential candidate in recent memory. People know him from being on television for over thirty years; he has more media presence and charisma than anyone since Ronald Reagan.
Of course Trump can win the Republican nomination for President. Whether they let him win it, and whether they deny him the nomination at the convention is another story. But a climate of increased fear-mongering, a lack of charismatic candidates, and the decision by Paul Ryan not to run for president created the candidacy of Donald Trump. He's a self-financed billionaire who knows how to get free media coverage. The only story here is that he hasn't buried more opponents at this stage of the race. He could lose in Iowa, but it still won't matter.
Trump has clear separation from the rest of the pack in all of the New Hampshire polls. No one is close (it doesn't hurt that Trump represents New York and has dominated new coverage for decades in the Northeast). His momentum will not be diminished when evangelicals stage a run at the Iowa Caucus and give the nod to Ted Cruz.
Anyone who doesn't understand why Trump is winning hasn't been paying attention to the trends in American politics. Republican primary voters represent a blinkered, fact-avoiding, and racist point of view that cannot be reconciled with the direction in which America is headed. And nobody is headed in Trump's direction who can claim to be reasonable or tolerant.
on January 06, 2016