Another Bullshit Story About the Military 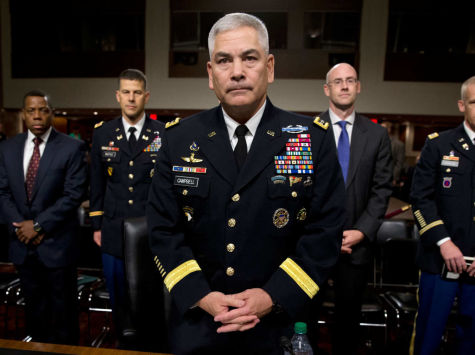 I call bullshit on this story:

On the other hand, if you ask the Pentagon commanders if they think that the plan of Donald Trump will succeed, they tell a different story from Trump’s. A number of leaders in the Pentagon have revealed that they plan to quit or retire if Donald gets into power.

His plans are utterly outrageous and would result, not only in the needless deaths of hundreds and possibly, thousands more Americans dying, but also in national foreign policy degrading into something very, very dangerous. Ot would literally be bad for everyone everywhere on earth. So why is this chump still in the running? Why is he leading the GOP candidacy?

First, you have to be aware that these kinds of stories proliferate during election cycles. There will be an equally vague and poorly sourced story about how "many senior generals and admirals" will retire if Hillary wins the election. This is in the same vein as the stories of how Clinton "hates" the uniformed military and "hates" the Secret Service.

Second, no one put their name and position with the story. Funny, that. If one of the Joint Chiefs had publicly released a statement intending to retire on Inauguration Day, 2017, if the human demon known as Donald Trump were sworn in as President, okay, then. But the junior undersecretary for capital improvement's chief of staff? Who gives a rat's ass? If you're not patriotic to serve your country just because someone with short fingers and a vulgar disposition has taken control of the Executive Branch of government because We, the People elected him, don't let the door hit you on the ass on your way out. The whole idea of serving in the military is to put the needs of others ahead of your own. And if you can't manage that, please do leave.

Third, you have to believe that there are numerous individuals serving on active duty or as Senior Executive Service-level individuals who put party affiliation above their service or their love of country. Control over the Executive Branch changes on a regular basis--as many as four or five times over the course of a twenty to thirty year career. How does anyone get to retirement age? That's a lot of petulant retirement ceremonies. I would submit to you that these people like to complain. However, if they're a handful of years short of retirement, you could elect a chimpanzee president and they'd salute and execute.

If Donald Trump were to be elected President, hell would not freeze over. The country would continue to function. The military would remain professional. It really would not be the end of the world (although, don't quote me on that). But let's get one thing clear--President Obama really, really, really is going to SUSPEND the 2016 Presidential Election, DECLARE MARTIAL LAW, and seize control of the Federal Government for the next THIRTY YEARS. At that point, he will pass control of America over to Sasha or Malia, whichever one can learn the most about SAUL ALINSKY.
on January 19, 2016