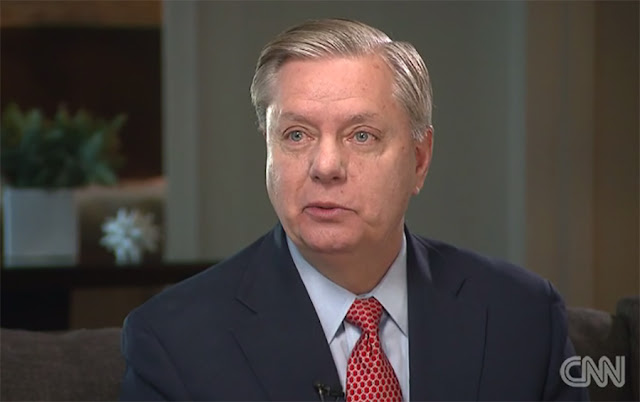 The blood of our enemies will run through their veins for another day.

He made the official announcement in an email to supporters and Youtube video posted Monday morning.

You would think that permanent war would poll a little higher than the margin of error in the Republican Party. Lindsey Graham tried selling war and the military industrial complex failed to deliver the poll numbers he needed in order to convince random American billionaires to give him several hundred million dollars to waste on ads and high priced consultants.
I hope the food was good, but I suspect that Graham's small campaign was starved by the need to stay in cut-rate Iowa hotels. You cannot survive for long inside of a Budget Suites Motor Hotel in the Quad Cities area. In fact, you can pretty much assume that many of the Republicans campaigning for the presidency have been staying in bedbug-infested motels that have doubled as meth labs and Backpage prostitution sting locations. No wonder Graham is quitting--how could you tolerate that for another eleven months?
on December 21, 2015