Mickey Kaus Has Been Crazy For a Long, Long Time 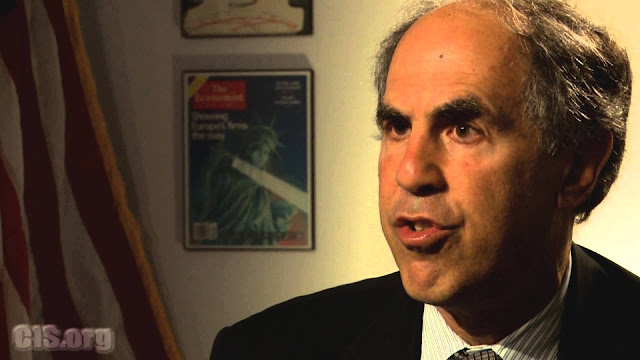 Way back in 2012, which is forever ago on the damned Internet, I wrote this lame piece of observational blogging. At the time, Mickey Kaus seemed delusional. Turns out he's just been losing his shit in public for way too long:

[...] he says, he faces questions every day from friends, old readers, strangers on Twitter about what the hell happened to Mickey Kaus. “I wish, like a lot of his friends, that he would just move on and do something else,” said Slate Group Editor-in-Chief Jacob Weisberg, who hired him in 2002.

Kaus delights in the pity and disgust he detects from his old friends’ view that he has joined a band of kooks and racists. It’s the surest sign that his work matters. “I don’t know who’s reading me, but every now and then I get somebody who has influence calling me a jerk, and it’s like, ‘Yes!’” he remarked over coffee and doughnuts. “Maybe I’ll collect all those tweets and hang them on the wall.”

Now, dreamers gotta dream, but when people are telling you that you're wrong, you can do one of two things. You can stick with your original design for a thing that makes your phone stand up on the dash of your car without flying off into pieces when it gets too hot, or you can allow for a moment of introspection and think about why people are telling you that you're wrong. If you're a Donald Trump supporter, it's all-in on the delusional thinking. Trump is proof that the Mickey Kaus voter exists. There is patently nothing you can explain to these people. Keep them away from scissors. They're that magical 33% of the American voting public that doesn't believe in anything other than the screaming of the voices in their heads.
It's really not difficult. You can believe what ever you want. But is what you believe in is racist? Well, okay then. This is easy. Racism is inherently stupid and is based on bad science. It's wrong, and so are you.
See how easy that was? If you want to know what went wrong with Mickey Kaus, simply note that he believes we should stop people from immigrating to America. Traditionally, this has been an anti-Irish or anti-Italian mindset which we now use to keep Syrian toddlers and poor people from Latin America from coming here (a very wealthy person from Latin America is, of course, very welcome in America, you see). We're a stupid, racist, backwards-thinking country on this issue. And it shouldn't even be an issue.
That's right--despite the freakout on the right and the freakout among hardcore disciples of Kaus' Twitter feed, there really is no issue because people from Latin American are saying to hell with this. And while it's true that they're sending their kids, so what? Is a kid from Syria, Honduras, Colombia or Guatemala going to take your job away from you? Or is a kid from a war-torn country (we did a lot of the tearing) more likely to have a better life if we would just take the collective stick out of our collective asses and act like decent human beings or Canadians?
I mean, goddamn, people. This shit isn't hard.
on December 14, 2015