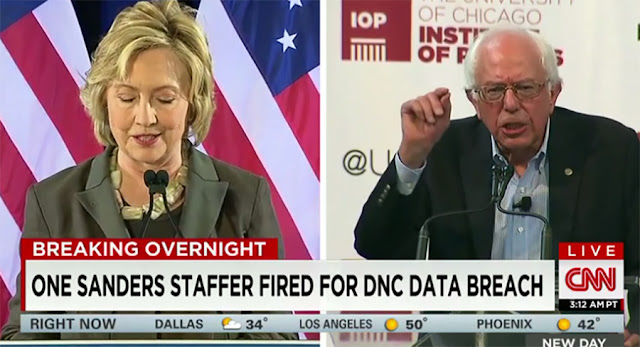 This story damages the Bernie Sanders campaign, and it all comes down to the incompetence of a vendor:

The suspension is a setback for the Vermont senator -- who fired the staffer involved -- because the database is a goldmine of information about voters nationwide. Campaigns usually use that data to plot their next moves.

The DNC database keeps the information gathered by different campaigns separated by a firewall.

Fire the vendor, not the staffer. No, the guy shouldn't have looked at the information gathered by the Clinton campaign. But a Clinton campaign staffer could easily have looked at their data as well. Share that data between your campaigns! Why not? You might realize that a Clinton-Sanders ticket makes a helluva lot more sense than anything out there right now.
on December 18, 2015