Evangelicals Decide to Start Telling Pollsters Where They Stand 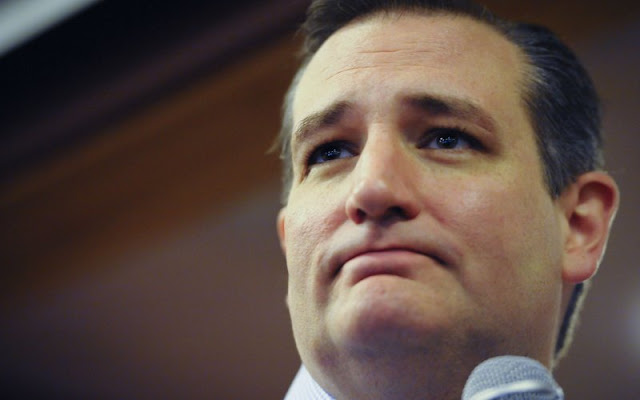 I don't know if this should really come as a shock to anyone:

A new Monmouth University poll released Monday showed Ted Cruz in first place in Iowa for the first time. He nabbed 24 percent of likely caucus voters over Donald Trump's 19 percent. Once the leader in Iowa, Ben Carson had only 13 percent in this poll, a massive 19 point drop from a late October Monmouth poll. Marco Rubio finished third with 17 percent.

Now, it would be funny if it turned out that Senator Ted Cruz is less than holy and has done things that would make the evangelical crowd slap their cheeks and run around in a tizzy. It would also be as American as apple pie. Somewhere in this man's past is a sexy moment, and if someone has it on tape, they have to share it. That's the American way.
I guess we all know who Trump is going to talk about for the next couple of weeks.
on December 07, 2015