Chris Christie is Not Your Daddy 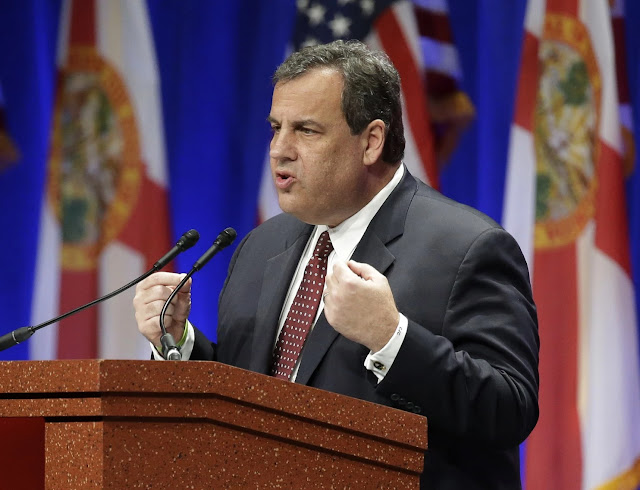 The reprehensible work of George Will continues unabated:

Paris was for all Americans, but especially for Republicans, a summons to seriousness that should have two immediate impacts on the Republican presidential contest. It should awaken the party’s nominating electorate from its reveries about treating the presidency as an entry-level job. And it should cause Republicans to take another look at Chris Christie, beginning with his speech in Florida the day after the Paris attacks.

In other words, Chris Christie will make a fine daddy!
When it comes to cheap shots, Will can't help himself:

In a debate 10 months from now, the Republican nominee will ask a variant of Reagan’s question: Is America safer or more respected today, anywhere in the world, than it was when Clinton became secretary of state?

Most emphatically, yes. We are safer today than we ever were before. For one, the president does not have Alzheimer's. And, two, he's not ignoring the Presidential Daily Brief. No where on the face of the Earth are there 150,000 American combat troops being ground up in a meatgrinder because Hillary Clinton decided to start a war for no reason because she has "daddy issues."
Are you going to tell me that Chris Christie doesn't have his own set of complex character traits that revolve around shouting down anyone who disagrees with him? That's a helluva thing for someone who might want to try diplomacy once in a while to have, I'll tell you that right now.

And how out of touch is George Will with the Republican primary voter?

Every day that such errant nonsense sloshes through the Republican nominating contest is a day when the party’s claim to represent what the country craves — adult supervision — becomes less credible. Fortunately, sufficient days remain for Republicans to reshuffle the deck, to relegate Trump’s rampaging to the nation’s mental attic, and to recognize in Christie a serious political talent.

This must be why Chris Christie can't even break 10% in his own state and why he can't even hit double digits nationally. In other words, Chris Christie's message is so unpopular, the only recourse for someone like George Will is to throw away an entire column in order to make one vain cheap shot against Hillary Clinton. This is a man who can't stop screaming at people as the wheels fall off the bus. The Republicans are looking for a daddy, but it ain't Christie.
on November 19, 2015
Email ThisBlogThis!Share to TwitterShare to FacebookShare to Pinterest
Labels: Credibility, Editorial, Media, News, Politics