An Act of War in Paris 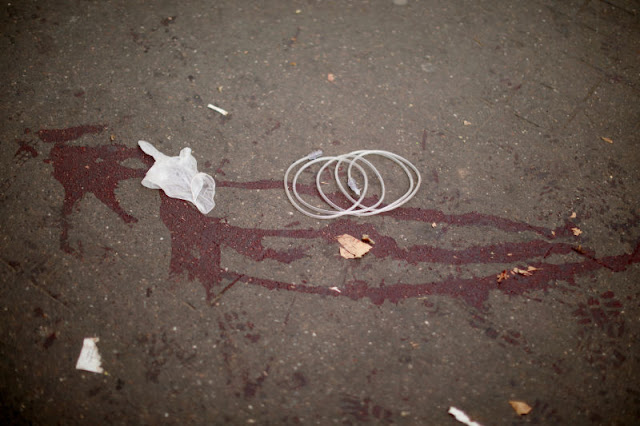 The image you see above is from the Gawker page on photographs of the aftermath of the terror attacks in Paris. I chose this photo because, as you can plainly see, the small men who carried out this attack certainly deserve the middle finger.

Western Civilization  is not well understood anymore. The tradition that I believe in knows that there is an imperialist past and a struggle against racism and nationalism inherent in advancing our civilization. We very much want to be modern and do the good things. We are opposed both inside and out by religious fundamentalism. Perhaps it would be better to just replace Western Civilization with secular humanism and a belief in treating people decently. No matter, it would never occur to anyone to try and make their society better if they have already come under the sway of the idea that terrorism works.

Paul Krugman is right, though. The terrorists aren't after our civilization. They're hoping we overreact and freak out.

In France, it will not work. You see, the French people know horrors that terrorists have never seen. The French know their history, and if four years of trench warfare or four years of German occupation and defeat did not break the French people, then this certainly will not break them. These are the people gassed and bombed from the air in the last century; these are the people who know the rule of law and the stark choice of knuckling under or making one last charge against an entrenched enemy. A few thousand unemployable men in Toyota Landcruisers are what to the French people? A bug to smoosh, if that. These people had tanks roll through their cities; these people have still not repopulated the Eastern frontier shared with Germany for practical purposes (drive through it some time--no one seems to live there anymore).

I miss Paris. I miss Neuilly Sur Seine and I miss every thing about it. I hope to go back to Paris and I hope to go when it is more peaceful and I hope to see the sights again. This was an attack against civilization yesterday, and civilization will correct the indecency of the terrorist. No one is going to wrap themselves in sackcloth and slink off defeated in this thing they call France. The blood spilled on the ground last night has been spilled in far worse times and nothing can break these people.

Nothing.
on November 14, 2015
Email ThisBlogThis!Share to TwitterShare to FacebookShare to Pinterest
Labels: France, News, Terrorism, War