No Charges in the So-Called IRS Scandal 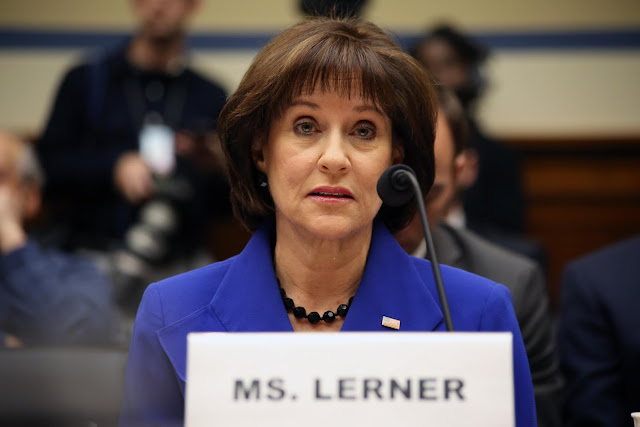 Is it wrong of my to lauugh hysterically at the collapse of another nothingburger scandal?

The Justice Department notified members of Congress on Friday that it is closing its two-year investigation into whether the IRS improperly targeted the tea party and other conservative groups.

There will be no charges against former IRS official Lois Lerner or anyone else at the agency, the Justice Department said in a letter.

The probe found "substantial evidence of mismanagement, poor judgment and institutional inertia leading to the belief by many tax-exempt applicants that the IRS targeted them based on their political viewpoints. But poor management is not a crime," Assistant Attorney General Peter Kadzik said in the letter.

"We found no evidence that any IRS official acted based on political, discriminatory, corrupt, or other inappropriate motives that would support a criminal prosecution," Kadzik said. "We also found no evidence that any official involved in the handling of tax-exempt applications or IRS leadership attempted to obstruct justice. Based on the evidence developed in this investigation and the recommendation of experienced career prosecutors and supervising attorneys at the department, we are closing our investigation and will not seek any criminal charges."

It's hard out there for a Republican Party grifter. It's hard out there for the many hundreds of people hired to work for the Republican Congress on bullshit investigations that go no where. I suppose that I should feel bad for the staffers who have been collecting paychecks while they drink wine and fuck around on the government's dime, but I really, really don't. There will be another Clinton-gate or another bullshit scandal and these people will swarm like locusts and consume all that they can while pretending to do this oversight thing.
Oversight is hard. Someone elected the worst Congress ever and expected it to be easy, but it's not. Anyway, that's your Friday news dump. Feel bad for the Republicans who expended thousands and thousands of hours getting worked up into a lather over Lois Lerner's e-mails. And then, of course, go back to laughing through your tears at the collapse of everything they believe in. Enjoy!
on October 23, 2015