This is Why They Hate the Clintons 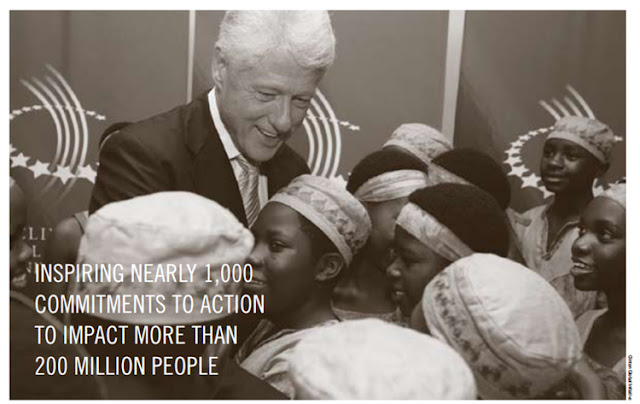 Once again, Megan McArdle is wrong on the Internet:
Which makes me wonder if the famed Clinton campaign skills aren't a little bit out of date.  The Clintons just don't seem prepared for the modern media world and its tendency to relentlessly pry away at the smallest details.  In the end, this may be a bigger problem for the Clinton campaign than whatever Schweizer's book reveals.
Seriously. "The Clintons Don't Get the Media." Never mind that the book is a discredited, biased attack carried out by a Republican smear merchant. The Clintons don't get the media, therefore they are guilty of doing what every politician has always done since politics were invented--they take money from people!
Wow.
We are then treated to a patronizing history lesson:
Too, the web during the Clinton administration was a set of static pages of relatively limited reach. Today every foundation tax return, every corporate giving report, every press release for every speech that Bill Clinton has made, is available to any random person who wants to put in a few moments at a computer. When the Drudge Report broke the "news" of Monica Lewinsky's dress, it was a David-and-Goliath story. But as Glenn Reynolds has written, the powerful now face an army of Davids -- or maybe the better analogy is a militia, that forms up any time something interesting stumbles into its territory. This is not just a difference in scale; it is a difference in kind.
It's funny that she should mention this, as if the Clinton Foundation existed behind a firewall or something similar to that.
It doesn't. The Clinton Foundation publishes the required reports here. Any idiot, including me, can go look at them. They're fairly comprehensive, but any organization of this scale can be nitpicked to pieces if enough howling monkeys show up. What strikes me as funny is this idea that McArdle seems to have written her article as if no one knows anything. The Clintons know the media and the modern internet--why else would they have websites that can handle the traffic and the scrutiny being directed at them?
This gets to why they hate the Clintons. Look at the work the Clinton Foundation is doing. Millions all over the world are being affected by an outpouring of charity and good will and sustainable projects. While the Bushes sit and do nothing, the Clinton Foundation has been trying to save people with AIDS in Africa. That's why they hate the Clintons--they actually do things with the money people give to them.
The reason why people are discovering what the Clinton Foundation does is because I was told by some dumbasses that they're crooks who are trying to hide where there money comes from. In point of fact, they're not but thanks for playing.
Bear in mind, we are not even a year away from the first primary, and look at the energy being exhausted staring at all of this when not one voter is even paying attention. If the media is shooting its bolt over this now, I'd say that the Clinton machine is being pretty savvy.
on May 05, 2015