You Cannot Denigrate the Lost Cause 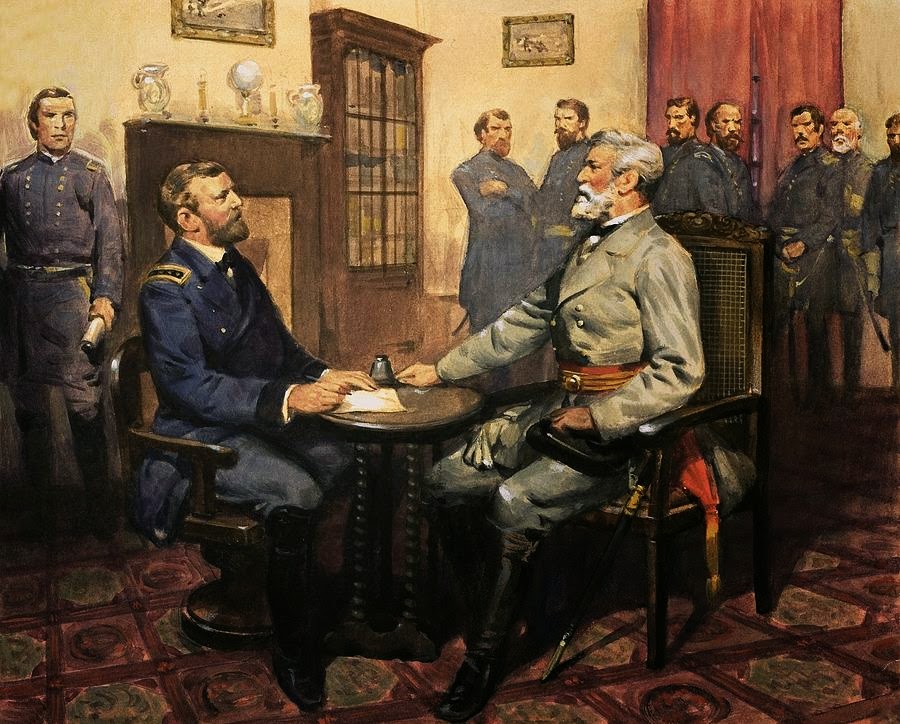 Oh, this will never fly:

This week provides an occasion for the U.S. government to get real about history, as April 9 is the 150th anniversary of the Union’s victory in the Civil War. The generous terms of Robert E. Lee’s surrender to Ulysses S. Grant at Appomattox Court House foreshadowed a multitude of real and symbolic compromises that the winners of the war would make with secessionists, slavery supporters, and each other to piece the country back together. It’s as appropriate an occasion as the Selma anniversary to reflect on the country’s struggle to improve itself. And to mark the occasion, the federal government should make two modest changes: It should make April 9 a federal holiday; and it should commit to disavowing or renaming monuments to the Confederacy, and its leaders, that receive direct federal support.

There's a wonderful historical case to be made for celebrating the collapse of the Army of Northern Virginia. There were still several intact Confederate Armies operating throughout the South; they were desperately fleeing the wrath of General Sherman and trying to survive until someone, or anyone, could call him off.

Celebrating the destruction of the Confederacy is like celebrating the day we drove the last Native American onto the Reservation--you can't commemorate the beating of a helpless enemy, no matter whether they were innocent or guilty. It is not good form. Americans celebrate beating real enemies, not their bumbling country cousins down south. The Confederacy did not lose because they ran out of men; far from it. One out of every three Confederate soldiers deserted during the war.