The Biggest of All Stories 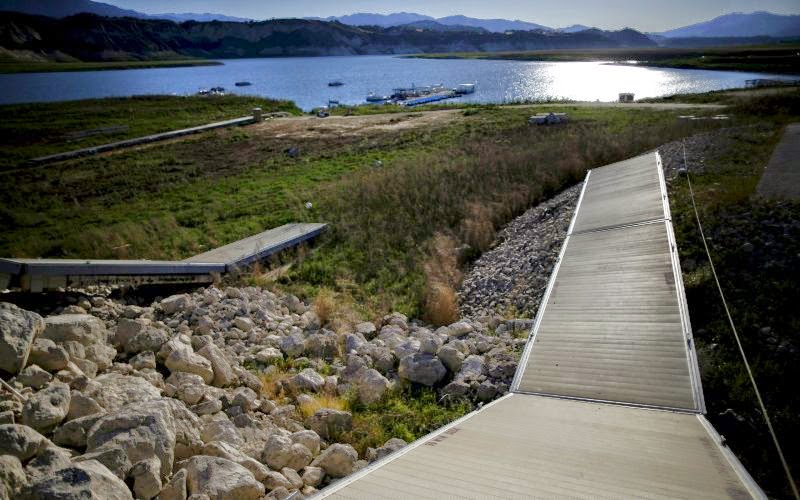 California is experiencing a shock of epic proportions:

As California continues to endure a historic drought, Gov. Jerry Brown has implemented the state’s first-ever mandatory water restrictions. By doing so, he hopes to reduce usage by 25 percent. Brown’s plans include requiring large landscaped areas like golf courses and cemeteries to reduce water consumption, increase drought-tolerant landscaping, offer rebate programs to replace out-of-date appliances with water-efficient ones, and require all new homes to be water-efficient.

There will be complaints about brown grass and empty swimming pools, of course, but what is really at work here is an understanding of climate change, conspicuous consumption, resources as a reason to go to war with other people, and the need for modern technology to catch up to our demand for water. All of those cuts in research and education will add up to one thing--the solution to California's problem with water was probably eaten up with all the seed corn when someone got the bright idea to cut taxes and increase spending and leave us with the bill.

If we had invested in infrastructure in California, instead of going to war overseas on a permanent basis, would we have a solution in hand? Maybe not. But we will never comprehend the impact of not spending money on things we didn't know we were going to need.

The media can't wrap its head around this kind of story. Where's the sexy part? They can't find it when it isn't handed to them with a bow on it.
on April 01, 2015