You Can't Call Him Dave Just Yet 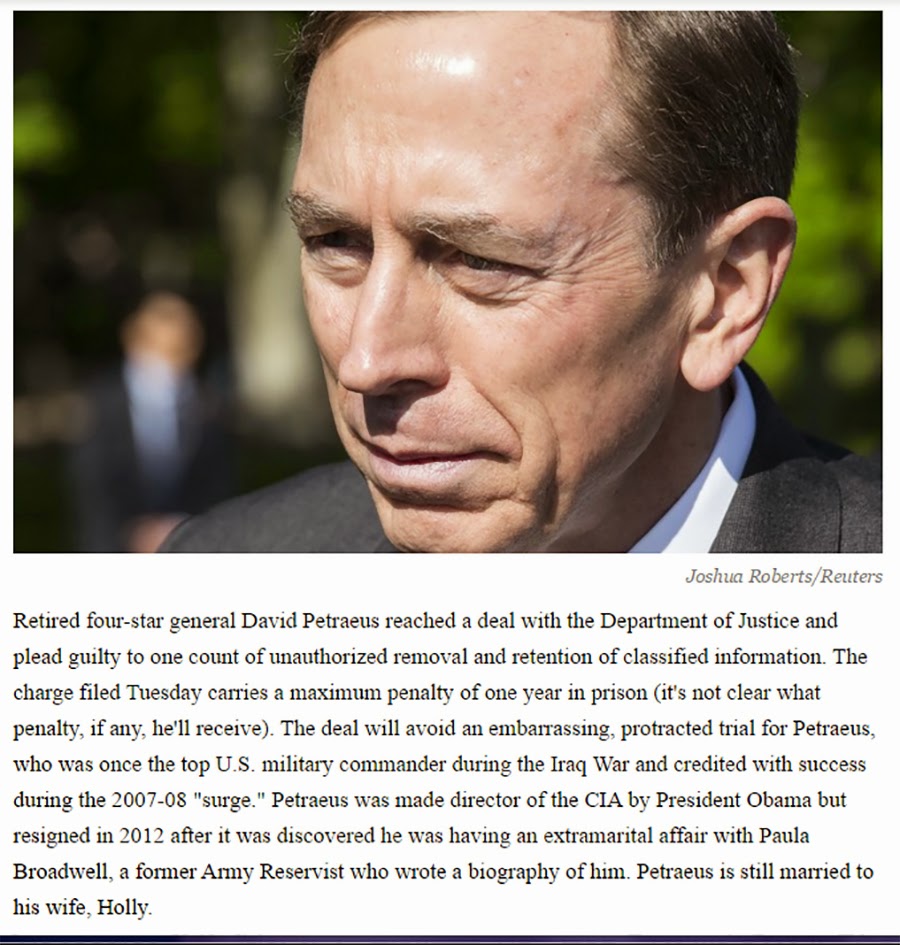 Somewhere in all of this is an agreement to allow General David Petraeus to keep his rank, privileges, and his full retirement from the United States Army. He is still a general; he is merely inactive at this time. I would be willing to bet you that he has an excellent legal team that is well versed in getting people off. Someone in the DOJ is getting a bonus if this plays out.

Does anyone seriously believe he will see the inside of a jail cell? That would set a marvelous precedent. It would do wonders for the credibility of the people who enforce the nation's classified information rules. They could point to round-shouldered Dave, stripped of his rank, his retirement, and his freedom, and reassure everyone signing a non-disclosure agreement of what will happen should they betray their country. But first, practical matters. Would they let his hot girlfriend come see him?

If his rank and benefits are actually stripped from him, his wife would have no reason to stay. She is an accomplished woman and is the only truly aggrieved party to all of this. There will be no pardon; when you step on your dick like this, you're on your own.
on March 03, 2015