The Uselessness, it Burns 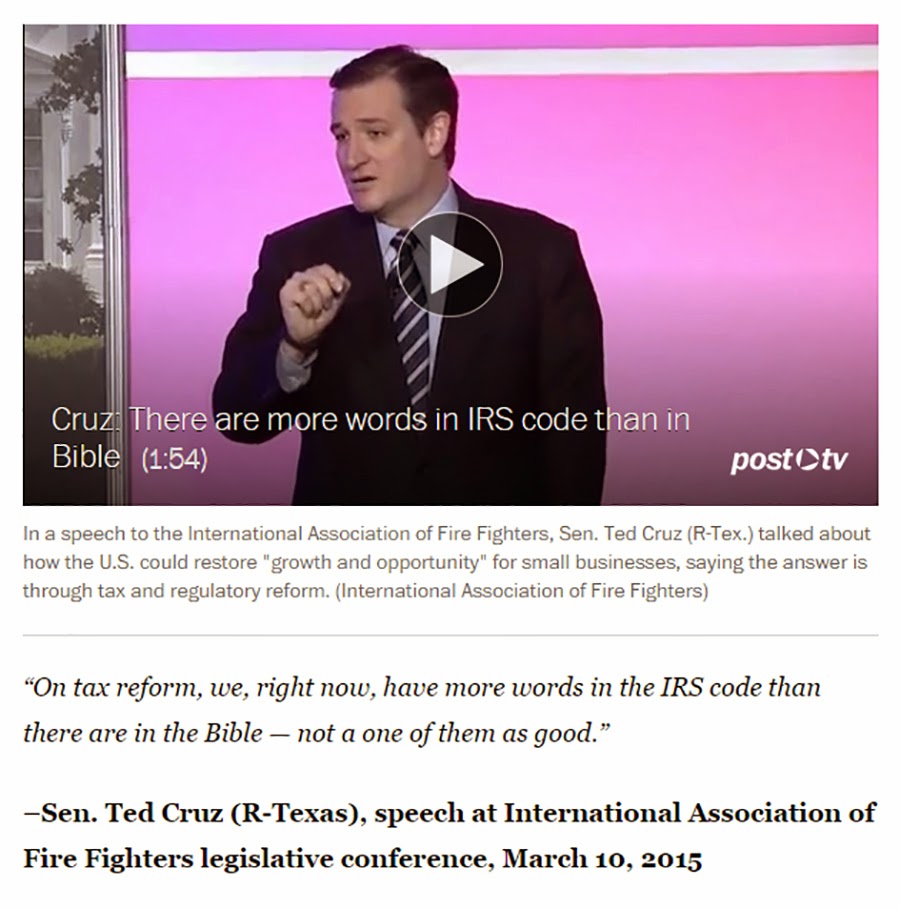 Applying basic fact checking to anything Ted Cruz says is like standing on your roof and throwing all of your common sense into the wind.

The literally translated King James Version of the Bible contains just over 800,000 words. There are as many as 3.7 million individual words in the IRS tax code. (Another count places it as low as 2.6 million words without substantive words such as “is” and “and.”) This number came from copying the text of the code, pasting it into a Microsoft Word document and using the word count function. That means it includes everything from page numbers to annotations. Using this method, the fiscal 2016 federal budget document contains 73,000 words. The text of H.R. 3590, the Patient Protection and Affordable Care Act, contains about 385,000 words.

Oh, goodness! Thank you for saving everyone's bacon for them! Thank you for cutting and pasting text into Microsoft Word and then looking down at the bottom of the window for a word count. America has been given a new lease on life, fact checkers, and your Presidential Medal of Freedom is in the mail.

How useless do you have to be to take something Ted Cruz says about a subject that is beyond his comprehension and then literally do a word count of the Bible so that you can proclaim what he has said to be true!

Here's the truth--the tax code is the law, and the law doesn't need to be "smaller" or have vast sections of it eliminated because it is the only thing that keeps people from stealing money from the government. The tax code should be complex because it makes it harder for thieves to shove money in their pants. We do not live in a Christian society because Christians tithe; tax cheats thrive when a dumbass can gut the rules and run hog wild.

Fact checkers--the new excuse for not having to pay attention.
on March 11, 2015