The Derp is Strong With This One 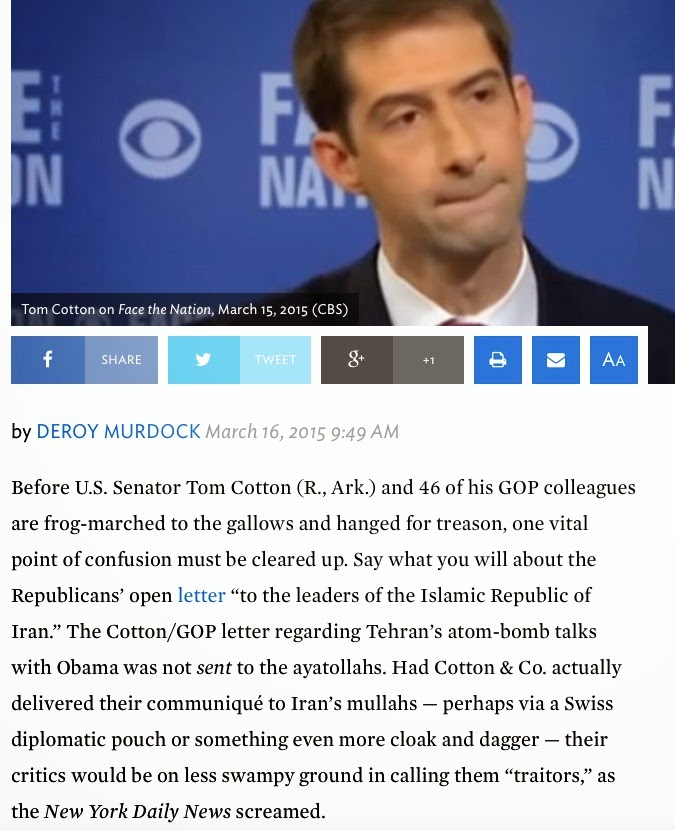 Someone finally went for the full technicality and threw a bullshit flag that ended up landing in their own buttcrack.

Congratulations, Deroy Murdock. You deserve the slow clap of a million fans, ringing out in the distance as everyone watches you step on your own dick. Your post is an attempt to walk back the single greatest diplomatic fuckup of the last decade, if not the entire 21st Century by a newly empowered Republican Senate caucus that can't walk and chew gum and read the text of the letter which, as you'll note below, explicitly tells the leaders of a foreign nation that the Executive Branch of the United States of America can't do what it can do and gets everything wrong.

Look at the letter. 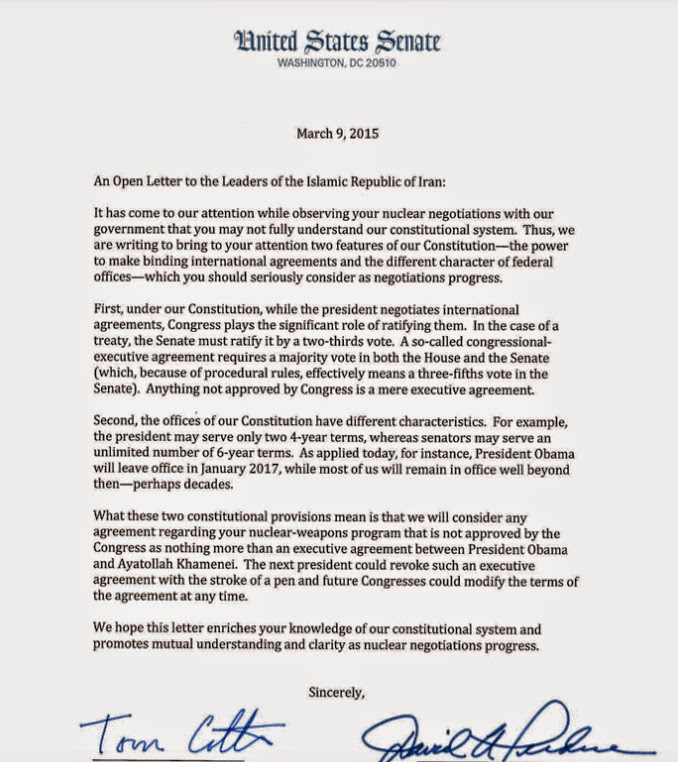 When you publish an "open letter" specifically addressed to the leaders of the Islamic Republic of Iran, you're basically encouraging the diplomatic corps of that nation to make certain that the message of the letter is, in fact, delivered to your leadership.