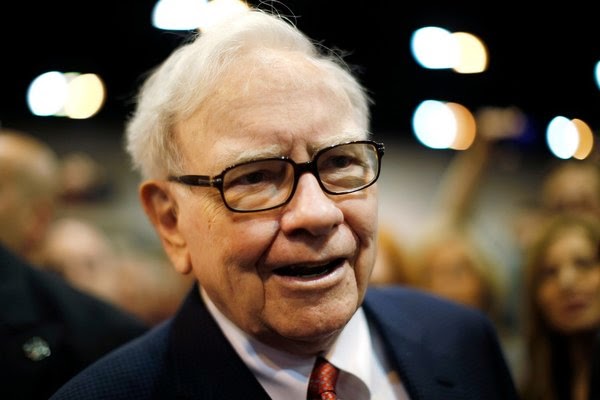 Warren Buffet is just the latest unhinged wingnut to attack Elizabeth Warren (or whatever). And that's fair--she's wrong because she's an old woman, you see, and everything that makes sad, old white men uncomfortable is worthy of a mighty attack. Everything is a racket, you see, and pointing out that fact makes you "angry" and "violent."

In an interview Monday morning with CNBC, Berkshire Hathaway CEO and billionaire Warren Buffett was asked what he thinks of Sen. Elizabeth Warren (D-MA) and her views of Wall Street.

“I think that she would do better if she was less angry and demonized less,” he responded. “I believe in hate the sin, love the sinner, and I also believe in praising by name and criticizing by category.”

He continued that while there are “plenty of other candidates” whose political style he doesn’t agree with, “I do think it’s — I think it’s a mistake to get angry with your, with people that disagree with you,” he said of her. “In the end we do have to work together… And it does not help when you demonize or get too violent with the people you’re talking to.”

Here's Elizabeth Warren getting all violent on your ass, plutocrats:

US Senator Elizabeth Warren blasted government profits on student loans in a speech at Suffolk University’s Law School on Saturday, firing up a crowd of law students, education researchers, and financial specialists.

“This exploding debt is crushing our young people,” Warren, a Democrat, said in her speech to attendees of a two-day student loan symposium. “These students didn’t go to the mall and run up a bunch of charges on credit cards. They worked hard to learn new skills that will benefit this country. . . . They deserve our support, not an extra tax for trying to get an education.”

Warren’s speech, peppered with the familiar battle cries that buoyed her election campaign, outlined policy changes she has long sought on student lending, a signature issue for the first-term senator.

The sad fact is, they are being crushed, their labor is being stolen from them, their education is over priced, and far too many are profiting from the need to have a college degree in order to chase a Middle Class dream that is evaporating before our eyes.
on March 02, 2015