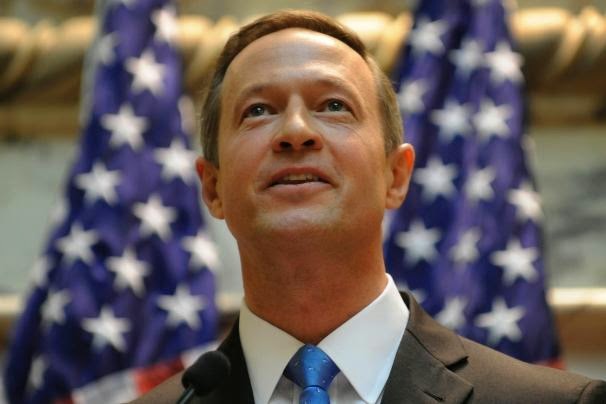 This is what they call a kick in the pants:

He stopped short of declaring his plans to run for president, but former Governor Martin O'Malley did tell ABC's This Week today, that the presidency is, "not a crown passed from family to family."

O'Malley did not say if he was referring specifically to the Clinton or Bush families, only "two families."

If you really think 2016 is going to be a cakewalk for the Democrats, think again. The conventional wisdom in this country aligned in 1999 to anoint Bush president precisely because people wanted to pick someone who could be the president and not challenge their thinking. They wanted the choice made and they nearly ended up with Al Gore because there was, I believe, a lingering doubt about picking "another" Bush.

This will undercut Hillary Clinton in ways people don't quite seem to grasp. You can fully believe that she is the best person for the job, and I would agree with that. You can grab onto her experience and qualifications and justify the historic choice of a woman. You can make the case that she's better than anyone else that the Republican Party can put up there.
And yet, there will be people who won't vote for her because Americans inherently reject dynasties. They rejected Ted Kennedy. They didn't give anyone named Eisenhower or Reagan a second look at anything remotely powerful or political. Giving Caroline Kennedy a Senate seat was laughed out of town just a few years ago. There was no desire to see that and I don't think there ever will be an acceptance of handing the "crown" down from one generation to the other.
on March 30, 2015