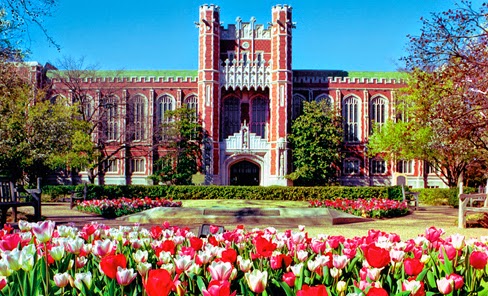 It just gets worse for Sigma Alpha Epsilon:

New revelations are fueling the outrage at the University of Oklahoma and beyond. Some members of the school's Sigma Alpha Epsilon fraternity face disciplinary action. A video surfaced Sunday showing members chanting a racist songcontaining the "n-word."

The fallout from the scandal already hit Greek life on campus over the weekend, and extended elsewhere on Monday when a top high school football recruit de-committed from the football-crazy university after seeing the video.

This wasn't the first time they sang about people they hate, and this wasn't the only fraternity or sorority engaged in such activity. All across the country, Greek organizations are probably ruining scads of underwear, hoping this blows over before their own embarrassments are brought to life.

What you have seen here is institutionalized, normalized, and broadly accepted racism and white supremacy. How can it be otherwise?

Oh, and I would put David Boren in charge of the NCAA if he really follows through and destroys this fraternity and kicks out all of the offending students. I would put him in charge in a heartbeat. Either that, or make him the commissioner of the NFL. Someone has to do the right thing.
on March 10, 2015