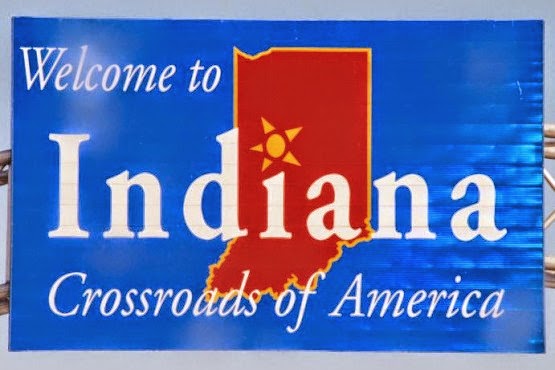 It's not like people didn't already know that Mike Pence hates gay people:

Gov. Mike Pence of Indiana said Tuesday that he wants legislation on his desk this week to clarify that a religious freedom law there does not allow businesses to deny service to anyone.

He insisted that the law, in its current form, allows no such thing. And he said that people have "smeared" the law by claiming that it sanctions discrimination against gays or anyone else.

But he referred to a "harsh glare of criticism from around the country" since he signed the bill last week.

"We'll fix this, and we'll move forward," the governor, a Republican, told reporters in Indianapolis. "I believe in my heart of hearts that no one should be harassed or mistreated because of who they are, who they love or what they believe."

This is some potent bullshit. Mike Pence has a long, proud history of hating gay people and trying to make it the law of the land to spread hate:

The future of conservatism demands that we stand for the traditional definition of marriage. Marriage was ordained by God and instituted in law. It is the glue of the American family and the safest harbor to raise children. Conservatives must defend traditional marriage by passing the Federal Marriage Amendment.
Source: Speech at 2008 Conservative Political Action Conference , Feb 8, 2008

If it wasn't for the rude and ill-mannered demand that human beings be treated equally, Pence and his supporters in Indiana would have been able to ram another law into existence allowing people who bake cakes for weddings to turn gay people away from their shops. Now everybody has to bake cakes for gays. The people of Indiana voted in the majority for Pence to save them from baking cakes for gays and he has utterly failed them.

Why is everyone blaming Pence, whose jackets are soaked with the flop sweat of failure and panic? He's a known hater of the gays and he's all for protecting the rights of Christian cake bakers. You're just now waking up to that reality? This is a guy who made his career on hating people. He was elected governor. Indiana is full of people who pulled the lever for this guy. He's merely the instrument of a democracy that hasn't figured out that you can't take cakes away from gays and not suffer serious economic consequences and run afoul of Federal law.

Who wants to bet that the next governor of Indiana wins on a platform of being sneakier than Pence about allowing cake bakers to turn away gays? Because, after all, this is what America is supposed to be about, isn't it? Pretty soon, Ted Cruz will ardently support anti-gay cake baker protections and deride any and all who say otherwise.
on March 31, 2015