An Act of Courage 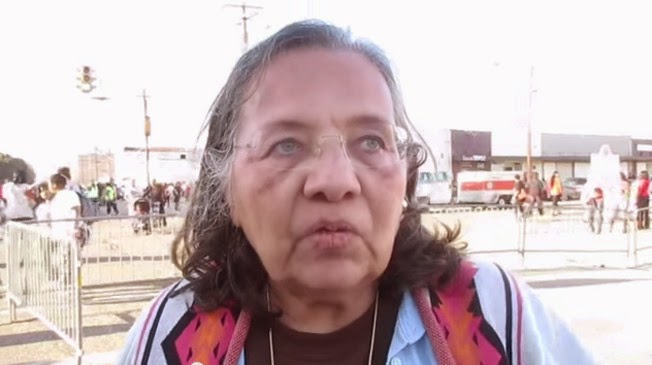 This is what it looks like to stand up for your principles:

A civil rights leader who helped organize the 1965 "Bloody Sunday" procession in Selma, Alabama, refused to participate in a 50th-anniversary commemoration march this weekend because former President George W. Bush was involved, she said in an interview Saturday.

“I refused to march because George Bush marched," Diane Nash, a founding member of the Student Nonviolent Coordinating Committee, told "NewsOne Now" host Roland Martin. “I think the Selma movement was about nonviolence and peace and democracy, and George Bush stands for just the opposite – for violence and war and stolen elections."

Nash said that Bush's legacy was at odds with that of the Selma movement, saying that the commemoration "should have been a celebration of nonviolence.”

The former President's attendance was "an insult to me and people who really do believe in nonviolence," she added.

I think he also stands for indifference to the plight of anyone who makes less than a bajillion dollars a year and for letting an entire American city drown, but that's another story. Nash is probably going to be condemned for her beliefs, but that's wrong. She is not going to cash corporate money and pretend to get along with the other side of the political divide because those people actually tried to kill her once. Let's not forget that the conservatives in this debate excused the actions of the men who tried to slaughter these marchers.

This is what consistency looks like. Sure, we can all get along. And we can forgive and forget. But the people currently dismantling the right to vote aren't too far from the same people swinging clubs and blowing up churches.

Not everyone has to make nice. Showing up does not excuse what has happened in the decades since Selma. And, remember--the only president you're allowed to disrespect is a Democrat.
on March 09, 2015