This is What Envy Does to a Man 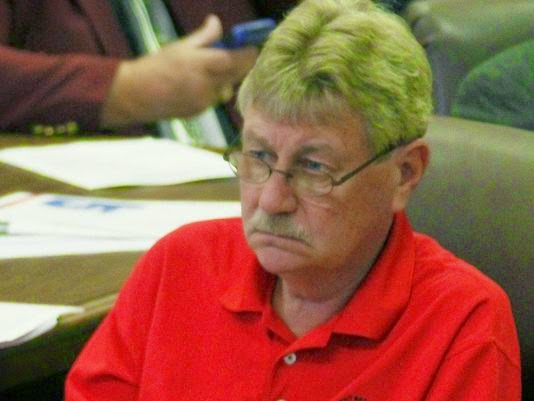 Down in Mississippi, where there aren't any issues with race because shut up and move on and think about something else, there's a state representative named Gene Alday who is sorry for something he said about black people and he didn't mean it so, God, you have to shut up now.

Addressing the House of Representatives, Alday acknowledged he made a mistake without repeating his original comments.

"I didn't do it with intent, but I am deeply sorry for my recent statements and I was wrong to say what I did and there is no excuse for my behavior," Alday said. "I value the relationships I've made with everyone in this House."

Lawmakers applauded after the less than one-minute apology.

The comments in question refer to African-Americans in his hometown of Walls, a small community in DeSoto County. Alday, 57, told Clarion-Ledger investigative reporter Jerry Mitchell that he comes "from a town where all the blacks are getting food stamps and what I call 'welfare crazy checks.' They don't work."

He also said that when he went to the emergency room one time, "I liked to died. I laid in there for hours because they (blacks) were in there being treated for gunshots."
Alday later said the statements, which were published Sunday, appeared out of context and didn't accurately portray his feelings. He denied being racist and said he has supported civil rights.

Jeez, just move on, will ya? He spoke for almost a minute and you don't honestly think a man who complains about lazy blacks on welfare who are shot through with the dang bullet holes and liked to died has a problem with race and whatnot do you? I think you should shut up if ya do because Mississippi does not have a historically terrible history of race relations between powerful white males and the general population, no sir.
The politics behind class envy are alive and well throughout America, so I'm going to stop picking on Mississippi for about as long as it takes me to look sideways. You can actually get elected to higher office, not just the crummy old state legislature, by pitting one group of people against the other. Just wait and see how the Republican Party taps into exactly what made poor ol' Gene so sorry and then turns that into a national campaign to get a Republican in the White House, one minute apologies optional when someone calls them out on their bullshit. Yay!
Can't wait for the next election.
on February 17, 2015
Email ThisBlogThis!Share to TwitterShare to FacebookShare to Pinterest
Labels: Accountability, Ethics, Leadership, News, Politics, Power, Racism, Values