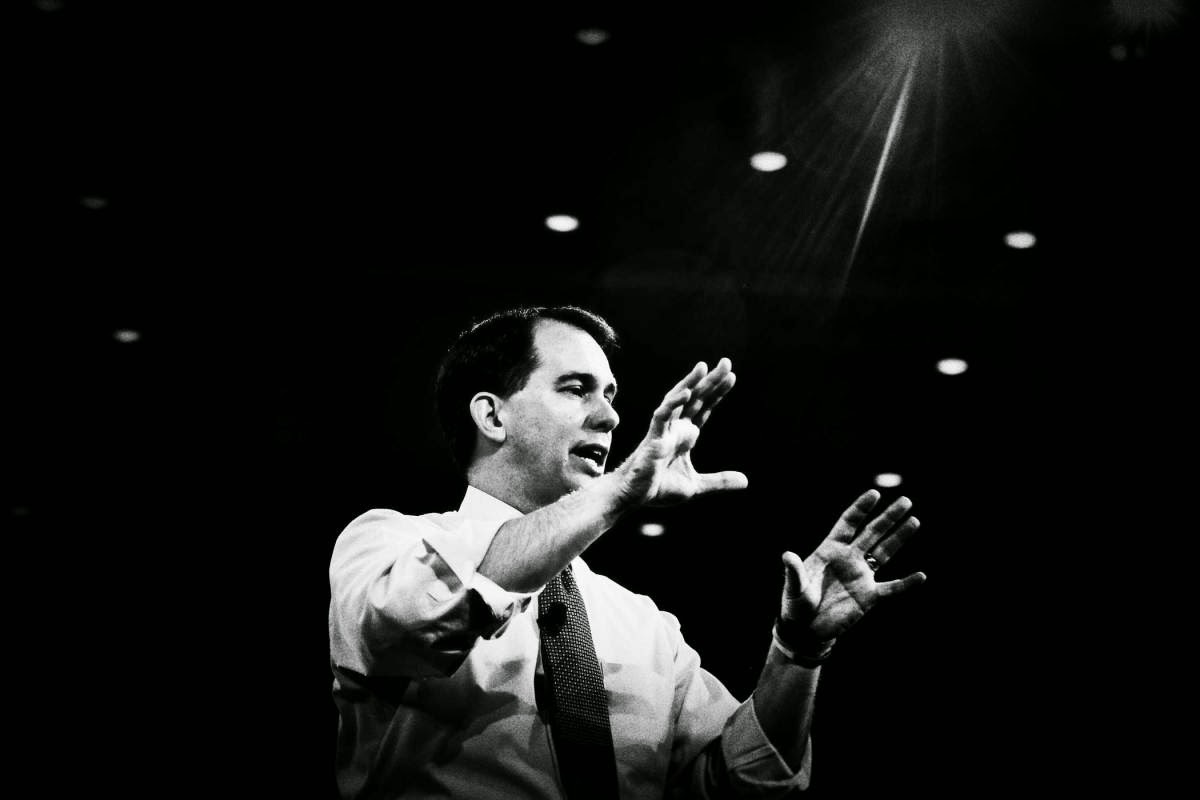 Scott Walker just equated the citizens of the state of Wisconsin with ISIS, the murderous end-times cult that is cutting off heads in the Middle East:

The all-but-certain Republican presidential hopeful sharply criticized the Obama administration’s foreign policy, but when asked about how he would deal with the threat of the Islamic State of Iraq and Greater Syria (ISIS), dodged.

“For years I’ve been concerned about that threat,” Walker said, saying he received security briefings from the FBI and his adjutant general. “I want a commander-in-chief who will do anything in their power to ensure that the threat of radical Islamic terrorists do not wash up on American soil.”

“If I can take on 100,000 protestors, I can do the same across the world,” Walker added, referencing the months of protests in his state over his efforts to limit the power of public sector unions in his state.

If Scott Walker can take on 100,000 people who are unhappy with his decision to destroy labor unions in Wisconsin, he can take on terrorists because they're the same thing, you see. They both hate America.

Mr. Walker has a bright future in the Republican Party, I'll give him that.
on February 27, 2015