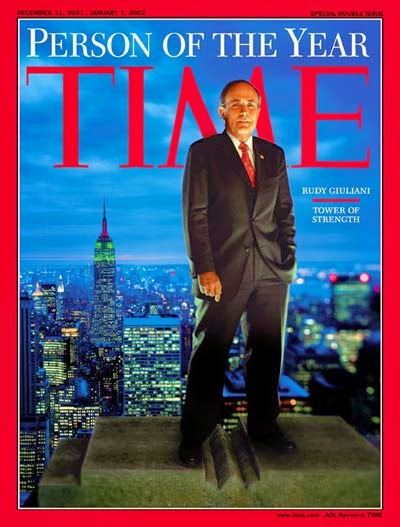 Somewhere in all of this backtracking and obfuscating, Rudy Giuliani and 9/11 have a point:

In the resulting shit storm, Rudy and 9/11 pleaded for understanding and said:

"You can be a patriotic American and be a critic, but then you're not expressing that kind of love that we're used to from a president," Giuliani said.

So, the President of the United States, who is a Democrat, is a patriot who does not love America? Really?
Did someone tell Rudy and 9/11 that Obama isn't running next year? How many firemen died on Obama's watch because of terrible planning, crappy radios, and a lack of command and control? Is that the wrong question to ask of Rudy and 9/11?
on February 19, 2015