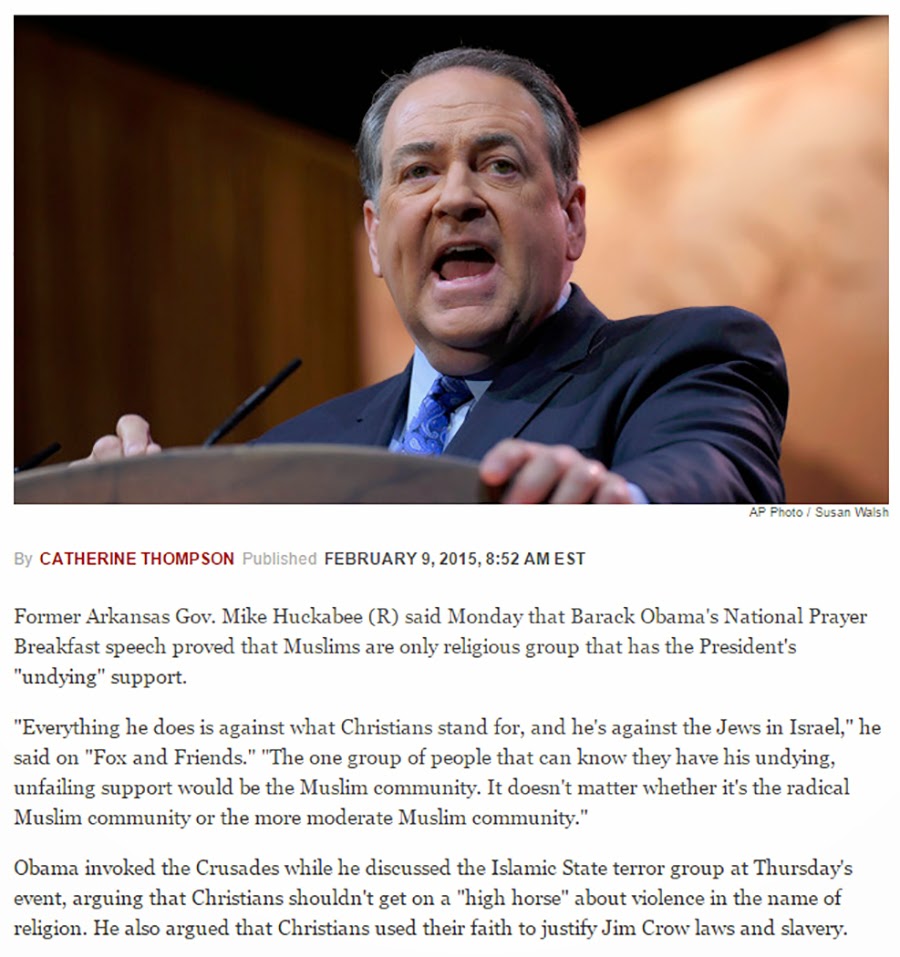 For any American seeking higher office to say that the President of the United States is "against the Jews in Israel" is ridiculous. The official American policy towards Israel is to sell them weapons and guarantee their safety. This is almost entirely unnecessary given Israel's own nuclear weapons stockpile, of which no one speaks. The mere fact that Israel possesses dozens of nuclear weapons makes the discussion interesting because we do not factor this into American foreign policy considerations. If there's a rogue nuclear state in the world, it is Israel, plain and simple.

Mike Huckabee has called the President an anti-Semite, in public. and in front of the cameras. He did this with deliberate calculation. This was not an off the cuff remark by him, which was delivered in response to the President giving a speech where he cited actual American history in discussing modern events.

I guess that's how crazy it is right now. Huckabee throws the anti-Semite flag, no one bothers to notice. So what?

The President is trying to keep the peace in the world (he'd get more peace with less bombing, fewer drones, and a smaller military footprint across the globe) but he is also trying to manage the hawkish nature of modern Israel's foreign policy, which craves a war that it cannot start, fight or win without American aircraft carriers and logistics. His reward for success is to be called an anti-Semite by a clown like Mike Huckabee.

One of the reasons why it is important to hold Brian Williams accountable for not remembering things that actually happened to Brian Williams is that our elite media personalities have done nothing to hold the Mike Huckabees of America accountable for their bullshit. They do not explain the nexus between Israel's lobbying of conservative American politicians, nuclear proliferation, and how the Obama administration has been pressured to start a war with Iran.

The end result of any Republican winning the presidency next year will be the deaths of thousands of Americans in a war encouraged by Israel. I'm more certain of that than I am that Mike Huckabee is not the noble critic he passes himself off as in public.
on February 09, 2015