Kyle Smith is Having a Little Trouble With the Culture 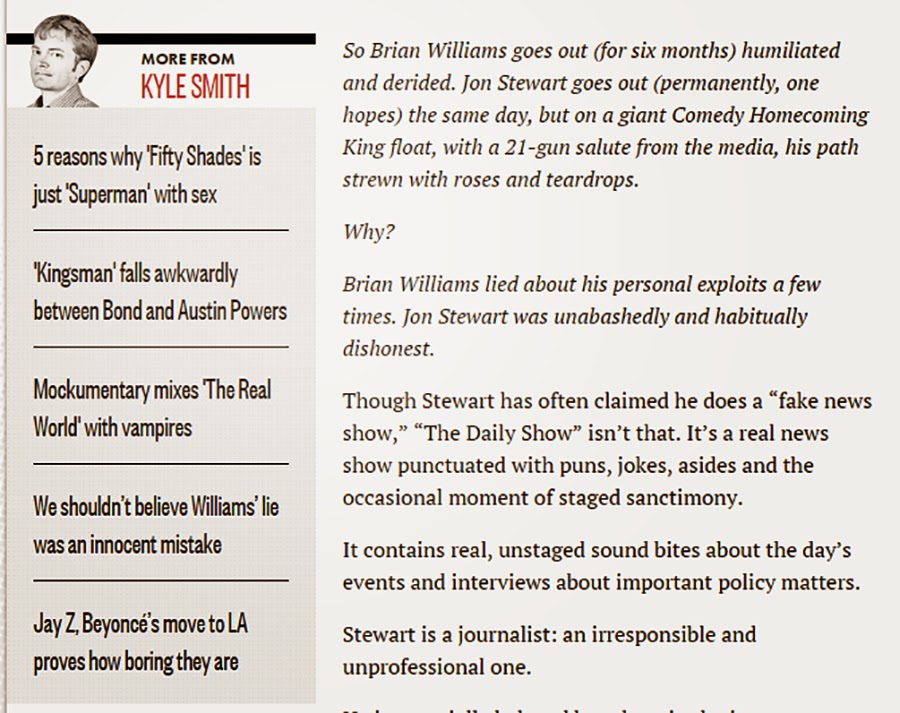 The New York Post is a dumping ground for futzes and prudes who have a conservative outlook and hate the culture.

This sneering example of hating on success and cultural relevance--Jon Stewart has had both for decades, Kyle Smith not so much--shows you the divide between knowing something about success and wanting to be someone by virtue of hating success.

If you're a conservative, you know two things: Stewart has feasted upon the carcasses of your ideas and there is no "conservative" equal for him. Fox News has made at least one if not a dozen attempts to co-opt his style and mock liberals. Guess what? Stewart does a better job of mocking liberals than anyone else, and he has been rewarded with fame, fortune, and credibility. Talk about being doubled over after the steel-toed boot to the jubblies.

Smith lives in a dismal world. Look at the stories he's been writing. That Jay-Z, he's boring because he took his wifey-poo to Los Angeles. Yes, everyone is thinking exactly that about such a pedestrian piece of non-information. When you have homes in various places, and when you work in the entertainment industry, a home in the Los Angeles area is simply unthinkably boring for the likes of Jay-Z, isn't it? Why, he should build a home in Des Moines and live large, shouldn't he?

Someone must stand behind poor Smith all day with a trombone and a muffler, making wah-wuh! sounds whenever he hits publish.
on February 16, 2015
Email ThisBlogThis!Share to TwitterShare to FacebookShare to Pinterest
Labels: Accountability, Commentary, Culture, Entertainment, News, Opinion